Apple falls out with Disney 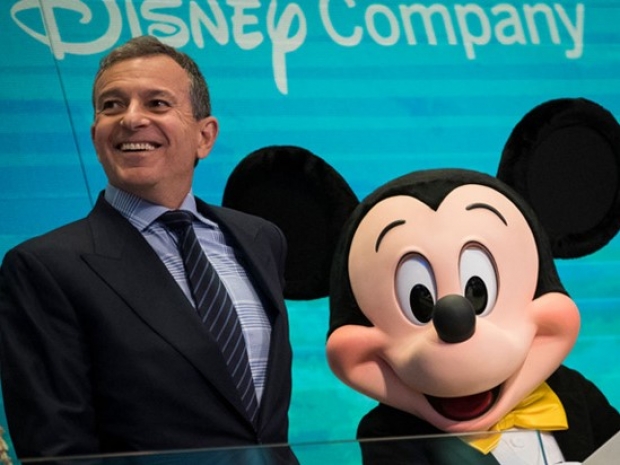 Disney CEO and close friend of Steve Jobs,  Bob Iger has fallen out with Apple and quit its board of directors, Apple said in an SEC filing on Friday.

Disney is launching streaming video service Disney+ on Nov. 12, which will compete with Apple's Apple TV+ service, scheduled to become available on 1 November. We say compete, but few people outside the Tame Apple Press have any belief that Jobs' Mob knows what to do when it comes to making and distributing telly programmes. Its last effort involved a reality TV show where developers come up with an Apple app which is not exactly Game of Thrones and received a rough handling from reviewers.

Iger resigned on 10 September the day Apple announced the price and release date for its streaming service.

Iger was personal friends with late Apple cofounder Steve Jobs in the days when Apple used to come up with relatively new ideas and designs. Disney bought Jobs' other company, Pixar, in 2006, and Jobs was on Disney's board until his death in 2011.

Jobs asked Iger to take his place on the Apple board when he died, and Iger joined the board that year. Iger was the chair of Apple's corporate governance committee and on Apple's compensation board, according to the company's proxy filing earlier this year.

Disney and Apple have had a close corporate relationship over the years. Disney was one of the first major companies to develop apps for iPhones and iPads, and shortly after Iger took over as Disney CEO in 2005, he appeared on stage with Jobs to announce ABC content for iTunes. Disney has announced that it will distribute its streaming service on Apple's platforms.

Iger said in a statement: "It has been an extraordinary privilege to have served on the Apple board for 8 years, and I have the utmost respect for Tim Cook, his team at Apple, and for my fellow board members. Apple is one of the world's most admired companies, known for the quality and integrity of its products and its people, and I am forever grateful to have served as a member of the company's board."

Last modified on 16 September 2019
Rate this item
(0 votes)
More in this category: « Stallman defends himself over Epstein comments Apple’s money man questions its numbers »
back to top