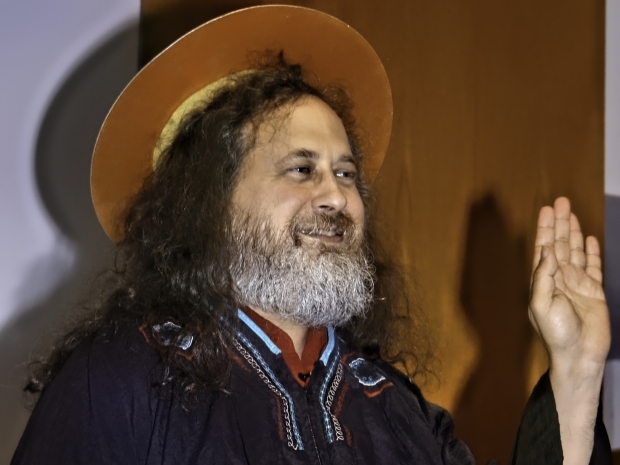 Free software messiah Richard Stallman has resigned from MIT, and as president and board member of the Free Software Foundation.

The resignation comes after Stallman made comments about victims of child trafficker Jeffrey Epstein, including that the victims went along with the abuse willingly.

"I am resigning effective immediately from my position in CSAIL at MIT," Stallman wrote in the email, referring to MIT's Computer Science and Artificial Intelligence Laboratory. "I am doing this due to pressure on MIT and me over a series of misunderstandings and mischaracterisations."

Stallman also resigned as president from the Free Software Foundation (FSF) as well as from the organisation's board of directors, FSF announced shortly after.

Last week, Motherboard published the full email thread in which Stallman wrote that the “most plausible scenario” is that Epstein’s underage victims in his campaign of trafficking were “entirely willing." Stallman also argued about the definition of “rape" and whether the term applies to the victims.

When someone else in the email thread pointed out that victim Virginia Giuffre, who was 17 when she was forced to have sex with AI pioneer Marvin Minsky, Stallman said “it is morally absurd to define ‘rape’ in a way that depends on minor details such as which country it was in or whether the victim was 18 years old or 17.”

Last modified on 17 September 2019
Rate this item
(1 Vote)
Tagged under
More in this category: « Apple’s money man questions its numbers Apple takes on the EU »
back to top