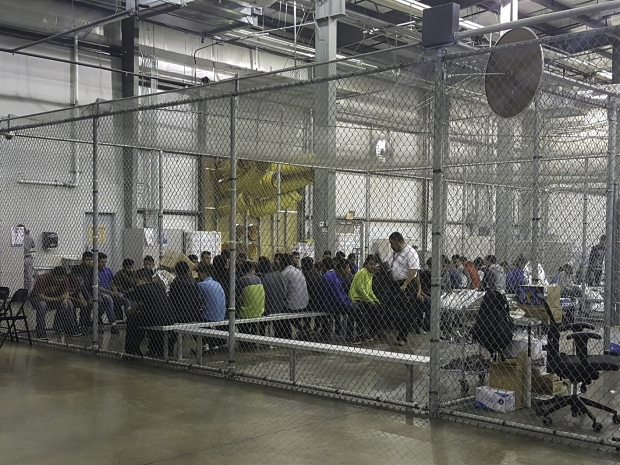 Was being used to put kids in cages

A software engineer pulled a personal project down after he found out that one of the companies using it had recently signed a contract with the US Immigrations and Customs Enforcement (ICE).

The engineer, Seth Vargo, cited the ICE's "inhumane treatment, denial of basic human rights, and detaining children in cages" as the reason for taking down his library. The project was called Chef Sugar, a Ruby library for simplifying work with Chef, a platform for configuration management. Varga developed and open-sourced the library while he worked at Chef, and the library was later integrated into Chef's source code.

Earlier this week, a Twitter user discovered that Chef was selling $95,000-worth of licenses through a government contractor to the ICE.

Vargo was furious and on 19 September 19, took down the Chef Sugar library from both GitHub and RubyGems, the Ruby package repository, as a sign of protest.

"I have a moral and ethical obligation to prevent my source from being used for evil", Vargo wrote on the now-empty Chef Sugar GitHub repository.

In a blog post published later in the day, Chef Software CEO Barry Crist said the incident impacted "production systems for a number of our customers".

The Chef team fixed the issue by scouring some of the older Chef Sugar source code and re-uploading it on their own GitHub account.

However, following public criticism of the contract, Chef Software CEO Barry Crist responded by saying the company had been a long-time ICE collaborator for years, since the previous administration, long before ICE became associated with human rights abuses.

"While I understand that many of you and many of our community members would prefer we had no business relationship with DHS-ICE, I have made a principled decision, with the support of the Chef executive team, to work with the institutions of our government, regardless of whether or not we personally agree with their various policies", Crist said.

"I want to be clear that this decision is not about contract value - it is about maintaining a consistent and fair business approach in these volatile times. I do not believe that it is appropriate, practical, or within our mission to examine specific government projects with the purpose of selecting which US agencies we should or should not do business with", Crist added.

Last modified on 23 September 2019
Rate this item
(0 votes)
Tagged under
More in this category: « Microsoft detoxing Apple fanboys iOS 13 shipped with a known bug »
back to top