Christian apps do unholy things to your data 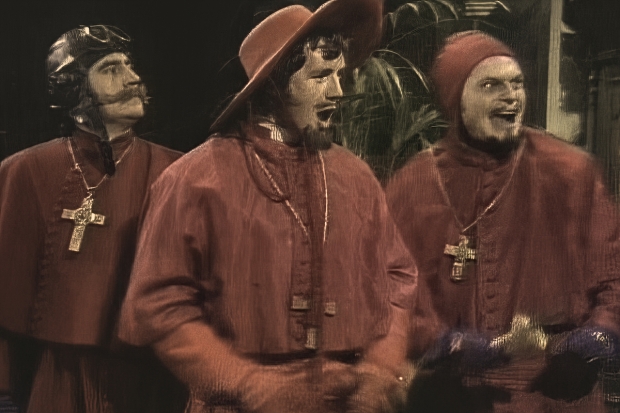 No one expects the Spanish Inquisition

A bunch of Christian developers have been screwing over the faithful for a decade, and no one appears to be giving a damn, according to reports from CNET.

Android usually grants "Normal" permissions. You are more likely to get turned over by someone trying to save your soul with some of the more high-risk apps carrying out some spectacular “high risk” activities.

CNET cited a Proofpoint study that found more malware in Bible apps than even gambling apps and the problem has been going on for a long time.

Security issues with many religious apps -- and apps in general, for that matter -- start with permissions. Android usually grants "Normal" permissions -- these let apps stay awake during use or get online when you tell them to. But "dangerous" permissions ask for sensitive data that, if mishandled, could easily compromise your privacy.

These popular apps aimed at a Christian audience talk to your phone far more than is necessary, potentially eliciting sensitive information. Here's what you need to know before letting them onto your Android phone.

For example King James Bible (KJV) from Salem New Media (a freemium app) has accumulated more than 10 million installs and a rap sheet from Privacy International, which discovered the app sending user data to Facebook in March after claiming it had stopped.

New Salem Media wants the app to begin running as soon as your phone powers on (instead of when you open the app). Then it wants to know what other apps you have on your phone, what they're doing now and, in the past,, who you've been calling and how often, and your precise location. For God only knows what reason, the company also tracks your activity and gives advertisers access to you, according to its orivacy policy.

Another similar app is the King James Bible (KJV) from iDailybread.org which wants permission to create new accounts (of what kind? it doesn't say), set passwords and change your settings to allow it to update whenever it wants. It also asks for permission to throw itself on top of other apps you're using -- giving it the power to change the appearance of your other apps or serve pop-up ads -- and to start running as soon as you turn your phone on.

The list of dodgy bible software is long and what is worrying is that while there is a huge outcry against apps phoning home and doing untoward things, the industry appears to be giving the Christian apps a “get out of Hell free” card.

Last modified on 04 October 2019
Rate this item
(3 votes)
Tagged under
More in this category: « Italians investigate Netflix for tax evasion HP lays off staff »
back to top