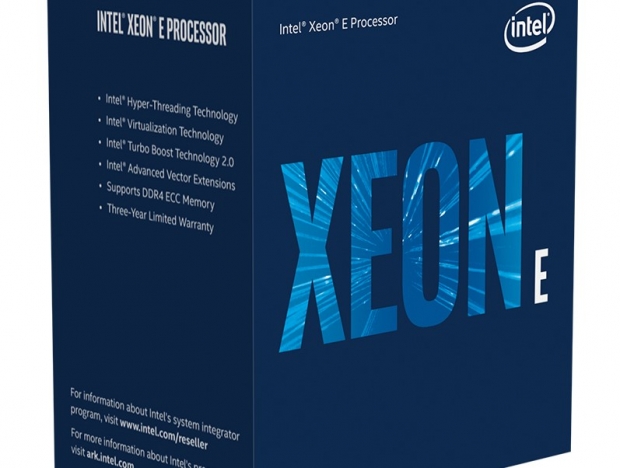 It is now a Low-end server processor

Intel is relaunching the Xeon E-2200 line, which it first introduced in May for workstations, as a low-end server processor for simpler tasks.

Chipzilla said that the new chips are socket-compatible with the older E-2100 line so existing servers can be upgraded.

The Xeon E-2200 processors are for entry-level servers, coming in 4-core and 6-core designs and a new 8-core product capable of hitting 5.0 GHz with Intel’s Turbo Boost Technology 2.0.

A notable feature of the E-2200 is hardware-enhanced security using Intel’s Secure Guard Extensions (SGX), which features hardware-level encryption, such as real-time memory encryption into what Intel calls enclaves. This is designed to prevent the contents of the enclave from being sniffed or otherwise spied upon.

This would appear to be similar to AMD's  Secure Encrypted Virtualization (SEV), which offers full real-time encryption of virtual machines to isolate guests and VMs from each other. SGX does something similar, and with the new eight-core processors, the capacity of these encrypted areas has doubled over the previous 2100 line.

Last modified on 04 November 2019
Rate this item
(0 votes)
Tagged under
More in this category: « Apple tries to avoid Chinese tariffs Forget 5G, 6G to arrive in 2030 »
back to top