Museum gets Unix version 0 running on a DEC PDP-7 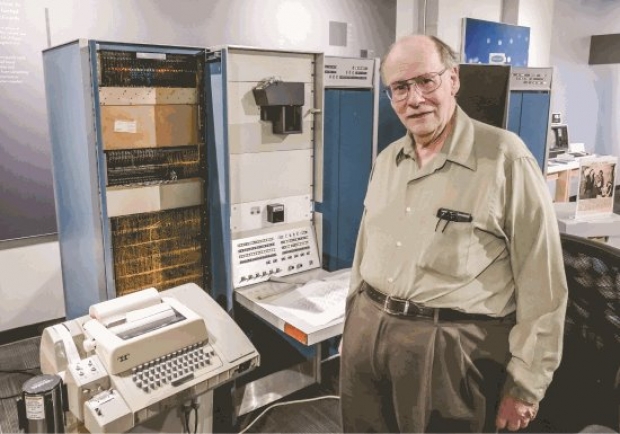 In time for the OS's 50th birthday

The Living Computers museum in Seattle has got a  DEC PDP-7 minicomputer running version 0 of Unix just in time for the operating system's 50th birthday.

According to Living Computers, the feat is all the more interesting because DEC PDP-7 minicomputers are as rare as an honest politician.

The machine running UNIX version 0 belongs to Fred Yearian (pictured), a former Boeing engineer who bought his machine from the company’s surplus channel at the end of the 1970s. He restored it to working order and it sat in his basement for decades, while the vintage computing world laboured under the impression that including the museum’s existing machine only four had survived — of which only one worked. Yearian's unexpected appearance with a potentially working fifth machine was a surprise.

To load the OS a disk emulator was connected to the machine, and for possibly the first time in many decades a new UNIX version 0 device driver was written to enable it to be used. The first login was the user “dmr”, a homage to UNIX co-creator Dennis M. Ritchie.

More in this category: « Disney+ crashed on first day Boffins can ID you with a single hair strand »
back to top