Brits think their phone is killing their sperm 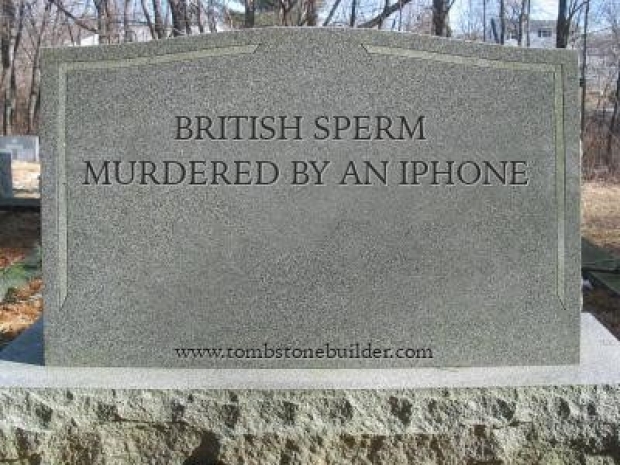 OnBuy.com has been asking British people daft mobile phone beliefs to see if they are as stupid as many in Europe believe and discovered that the nation which gave us Brexit is probably a sandwich short of a cut lunch when it comes to mobile tech.

According to research by  OnBuy's mobile phone department, apparently a third of Brits believe a mobile phone can reduce sperm count or fertility,  66 percent think a bag of rice will revive a wet phone,  and 18 percent believe 5G conspiracy theories.  Our favourite, which we encourage people to try, is that you can charge an iPhone in 20 seconds using a microwave oven. That was believed by a quarter of Brits.

In terms of mobile phone security, most Brits (75 percent ) believe taking out the SIM card keeps you from being tracked – probably because they’ve seen it in the movies.

But, sans SIM card, your phone can still be tracked by authorities if power remains in the battery.

More than six percent of Brits believe you can cook an egg by placing it between two mobile phones and one in five believe you can be killed using a phone when there’s a lightning storm.

OnBuy.com found the most popular thing Brits believe when it comes to mobile phone batteries is… Apps running in the background use up battery (87 percent). This is more common sense than a myth, but it’s worth noting modern smartphones are designed to optimise foreground “tasks” while others harmlessly float in the background.

Here are the list of myths that OnBuy.com asked to see if anyone believed.

You will find the study in full here: https://www.onbuy.com/gb/blog/mobile-phone-myths-brits-believe-the-most~a192/.

Last modified on 20 February 2020
Rate this item
(0 votes)
Tagged under
More in this category: « University of Stuttgart gets EPYC supercomputer Intel makes cash, prunes workers »
back to top