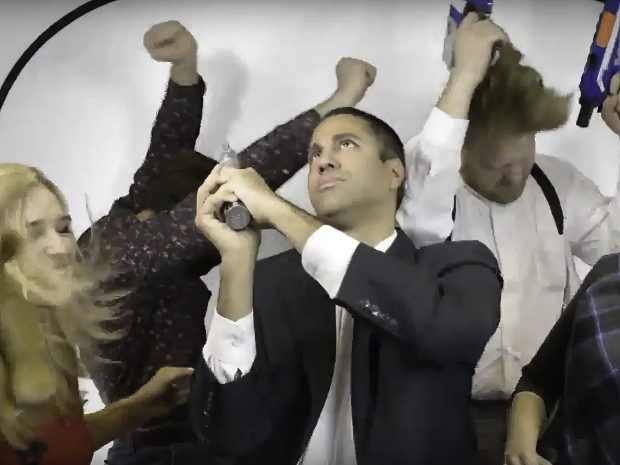 While the FCC successfully defeated Mozilla's attempt to undo the commission's repeal of net neutrality, the courts have ordered the watchdog to hold public investigations into whether repealing the law to prevent a multi-speed internet has had any negative consequences.

That includes checking if net neutrality repeal has harmed public safety, reduced spending in infrastructure or hampered the Lifeline programme.

The FCC has promised to launch a period where the public and interested parties can share their views on the process, but since this is not an opportunity to re-litigate net neutrality repeal, its results can probably be ignored.

But it is an opportunity to examine if the FCC acted properly and with regard to its broader obligations. The court, for instance, has directed the body to see if repeal has harmed public safety and reduced investment in critical infrastructure.

So far the FCC is burying its request for comment in a wordy title that does not reflect its true intentions. But FCC Commissioner Jessica Rosenworcel published a statement asking people to "make some noise" and write in. Rosenworcel says that the FCC's decision to repeal net neutrality was on the "wrong side of history" and that the public should demand an "open internet".

The FCC chairman  Ajit Varadaraj Pai is unlikely to give a damn about any findings from public inquires.  He released a video dismissing concerns over net neutrality by while dancing around in a Santa suit to “Harlem Shake” and swinging a lightsaber. The YouTube video was later pulled because Pai forgot to get rights for the music and the musician in question was miffed that his song had been hijacked by that "loser".

Those wishing to make a comment can do so on the FCC's Electronic Filing System, entering 17-108 (Restoring Internet Freedom) in the proceedings box. The deadline for comments is 30 March.

Last modified on 24 February 2020
Rate this item
(0 votes)
Tagged under
More in this category: « FBI wants people to abandon passwords Lithium Glass batteries move to next stage »
back to top