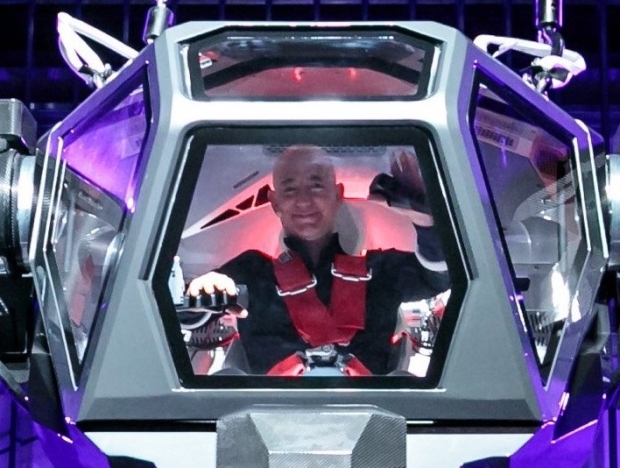 The Force is not with it, claims Amazon boss's official organ

A federal judge said in court documents that Amazon's protest lawsuit over rival Microsoft being awarded a highly lucrative defence project was "likely to succeed on the merits" of one of its main arguments.

The Washington Post, which is coincidentally owned by Amazon boss Jeff Bezos, has been looking at some of the paperwork connected to the case for clues about how US Court of Federal Claims Judge Patricia Campbell-Smith might rule on the case.

For those who came in late, Microsoft was awarded the Pentagon's Joint Enterprise Defense Infrastructure (JEDI) cloud computing contract after the Trump administration and other lawmakers intervened on the tech giant's behalf.

Campbell-Smith last month halted production on the JEDI cloud system, saying in her decision that the Pentagon erred in how it evaluated prices for competing proposals from the two tech companies.

In a statement to the Post, Pentagon spokesman Lt. Col. Robert Carver said: "We remain focused on getting this critical capability into the hands of our warfighters as quickly and efficiently as possible."

In a similar vein, a Microsoft spokesperson downplayed the ongoing court proceedings.

“The decision disagreed with a lone technical finding by the Department of Defense about data storage under the evaluation of one sub-element of one price scenario”, company spinner Frank Shaw told the paper in a statement.

"While important, there were six pricing scenarios, each with multiple sub-elements, and eight technical factors, each with numerous subfactors evaluated during the procurement," he added. "The decision does not find error in the Department of Défense’s evaluation in any other area of the complex and thorough process that resulted in the award of the contract to Microsoft."

Campbell-Smith didn't mention President Trump by name in the released documents and has yet to rule on whether the president interfered with the awarding of the JEDI contract, as Amazon has asserted.

Last modified on 11 March 2020
Rate this item
(0 votes)
Tagged under
More in this category: « Intel fights $1.2 billion fine Intel might give up on making NAND Flash »
back to top