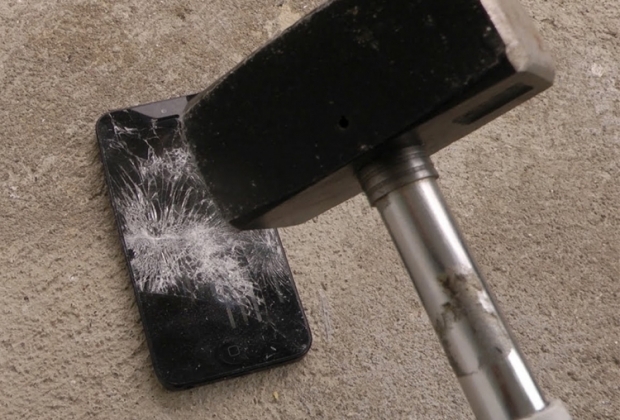 Tame Apple Press claims it is a good reason to upgrade

Apple’s iPhone has bug which leaks gigabytes of data to the internet, it is not going to fix it and it will break most Apple fanboy’s phone bills.

Forbes discovered the story but buried it by providing a free advert for Apple. The story opens with the first par saying “Apple’s 2020 iPhone plans are some of its most exciting in years and an iOS 14 early beta has already revealed some of the company’s biggest secrets”. Forbes then tells us that the current iOS leaks all your data to the internet and you might want to throw out your phone.

Journalism 101 tells you to put all the most important facts in the first paragraph. Forbes breaks this rule by telling you to throw out your iPhone, after it has just plugged Apple. To loosely translate the intro “Apple is a super wonderful company and you will want to buy its next smartphone. By the way the current one leaks tons of your data to the internet and gives you bill shock”.

Call us old fashioned, but in the old days of journalism you led with the news worthy stuff before you plug your favourite company, which clearly can do what it likes, if the rest of the Forbes story is accurate.

To be fair, before he decided to bury the story, Forbes’ Gordon Kelly had a good yarn. He was tipped off that there was a serious iOS 13 cellular bug which is consuming mobile data without explanation and increasing bills. He admits it was the first he had heard of it, but Apple fanboys have been complaining about it for months.

When he ran it, Kelly was further stunned to discover that not only had Apple refused to fix the problem, he problem is still present in betas of iOS 13.4 - the final version of which is tipped to launch this week - so a fix is not coming any time soon.

The poor hack was sent screenshots of extreme examples of this bug with data consumption north of 50GB, which has led to even those on 'unlimited' contracts being contacted by their carrier for stepping beyond their fair use policy.

The bug was in software called Uninstalled Apps is to show the data used by apps that have since been uninstalled (hence the singular categorisation) but affected users Uninstalled Apps data consumption continues to mounts up (some see just kilobytes, others with multiple gigabytes).

Apple of course refused to say anything, but Kelly was then told that both AT&T and Verizon tech support confirmed the bug .

Kelly dutifully notified Apple who thanked him but said it was not changing its non-statement.

Apple Support said it's been a known issue since January… but no ETA for a fix, no explanation for where the data is going, or if they will compensate customers for busting data plans” explained the reader to Kelly.

Kelly rushes to Apple’s defence and reminds his readers that affected users and the carriers only really noticed the bug in January.

“If you are affected by this bug and you are not on a very high or unlimited data plan, there seems to be little you can do other than swapping away from an iPhone until the problem is resolved. Apple is currently beta testing iOS 13.4, so a (long overdue) patch may arrive when it launches in the next few weeks. That said, given the bug has existed since the earliest iOS 13 betas, it may be that Apple is unable to make the necessary changes to address it until iOS 14 is released in September.”

Or you can buy a cheaper phone from a company that knows how to write software and can fix bad bugs like this. This is the takeaway most journalists should be writing into their stories.

Last modified on 18 March 2020
Rate this item
(2 votes)
Tagged under
More in this category: « One in five Europeans have experienced ID fraud Charter CEO called out over coronavirus »
back to top