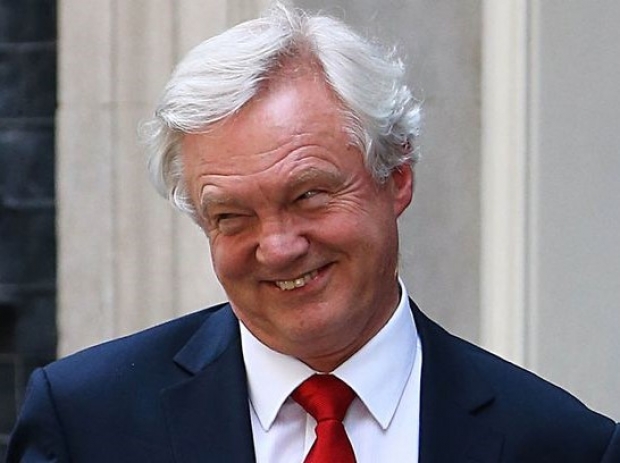 We have so little of it lately

A high profile member of Prime Minister Boris Johnson's Conservative Party has urged the government to take all necessary steps to prevent a Chinese firm from taking control of Imagination Technologies.

David Davis, who ironically was once accused as "suffering from the same lack of imagination as his parents" has raised concerns over recent attempts by China Reforms Holdings to take control of the board of the British firm and shifting the company to China.

"What we think is going on is the Chinese are trying to export the technology base from here to China and that's inappropriate", Davis said.

Davis said Imagination Technologies is a strategic asset for Britain, and requested the government to make it clear to all stakeholders that it won't allow relocation of such an important asset to any other country.

"It should probably try to bring about a purchase of it by somebody else in a Western country.The government should be seeking every mechanism available to them to prevent this removal of our technology - full stop."

Imagination Technologies is one of the leading technology firms in Britain. It was founded in 1985, and was sold to private equity business Canyon Bridge Capital Partners in 2017 for £550 million.

However it is hard to see what the Tories can do about it. Imagination was flogged to Canyon Bridge which was allowed by Prime Minister Theresa May on the basis that the company would remain subject to US laws. However, the organisation later moved its head office to the Cayman Islands, outside US authority.

Last week, senior MPs alerted the government over attempt from China Reforms Holdings, the leading investor in Imagination Technologies, to take control of British firm and to transfer the ownership of its sensitive intellectual property to China.

The lawmakers said that the Chinese firm was looking to appoint its four representatives as directors in Imagination's board.

Tom Tugendhat, the Chair of the Foreign Affairs Select Committee, told the BBC that he was worried that the technology developed by the British firm could be used in future to fine tune the design of "backdoors" into critical digital infrastructure.

On Sunday, the US government ordered the Committee on Foreign Investment in the US (CFIUS) to conduct an urgent probe to uncover the true intentions of the China Reforms Holdings.

A meeting of Imagination's board that was due to take place last week was cancelled following the intervention of the British government.

Later, three senior executives of Imagination Technologies resigned from the company, citing concerns about the future direction of the company.

"I will not be part of a company that is effectively controlled by the Chinese government", chief product officer Steve Evans reportedly said in his resignation letter.

According to the BBC, senior executives of Imagination Technologies were summoned by a group of British MPs on Tuesday to clarify their position on this entire episode and to answer questions surrounding transfer of the UK-based technology firm to China.

In a statement last week, Imagination said that it was "fully committed to the UK" in as much as a company which bases its Cayman Islands gives a monkeys’ about its location.

Imagination said it plans to increase investment in the country, but is not talking about the growing influence of the Chinese in its future direction.

Last modified on 16 April 2020
Rate this item
(0 votes)
Tagged under
More in this category: « PC sales back in misery Hackers flog zero day exploits for Zoom »
back to top