Dogs could be robot's best friend too 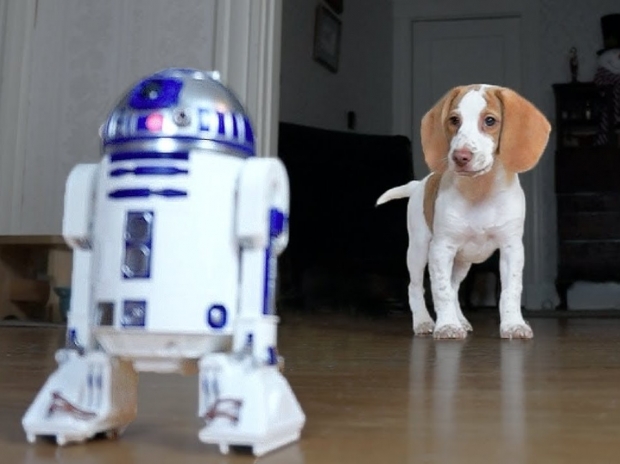 They will obey the right sort of droid

Boffins have discovered that dogs will obey commands given to them by a robot.

Dogs don't obey speaker systems, unless they are very stupid, but according to researchers at Yale University's Social Robotics Lab led by Brian Scassellati presented a paper taking the first step towards determining whether dogs, which are incredibly good at understanding social behaviors in humans, see humanish robots as agents -- or more specifically, whether dogs see robots more like humans (which they obey).

Lakatos tested how dogs responded to the pointing cues given by a PeopleBot with customised arms. The PeopleBot either exhibited human-like behaviors or no social behaviors, depending on the condition. A dog participant observed the robot interacting with the guardian either socially or mechanically for six minutes in the interaction phase.The robot then delivered a food reward for the dog. In the subsequent testing phase, the robot pointed to one of the two buckets with hidden food rewards.

In the testing phase, dogs performed better in the condition with a social robot than with a nonsocial robot. However, no evidence suggested the mean performance with the social robot was significantly different from 50 percent, which is the chance level in two-choice tasks. Therefore, the dogs did not consistently follow the pointing cues provided by the social robot, even though dogs in general follow human pointing cues well.

Last modified on 15 May 2020
Rate this item
(0 votes)
Tagged under
More in this category: « Musk proves rich Americans are above the law Bezos will be the world's first trillionaire »
back to top