Bezos will be the world's first trillionaire 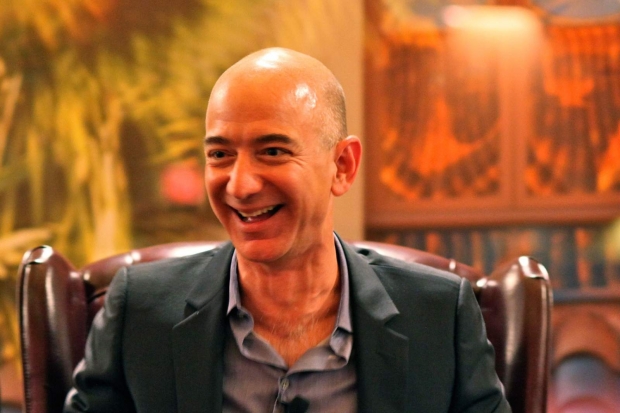 Unless the revolution takes him out

A company which allows small- to medium-sized firms to compare different business products, has added up some numbers and reached the conclusion that the world's first trillionaire will likely be Amazon founder and CEO Jeff Bezos.

Their projection shows Bezos reaching trillionaire status by 2026 unless people suddenly realise that the capitalist dream is only making a handful wealthy and the majority of people are poor, and could overthrow the system and make something more reasonable.

The company said its projection is based on taking the average percentage of yearly growth over the past five years and applying it to future years.

Comparison shows Bezos' net worth grew an average of 34 percent over the last five years.

As of Thursday morning, Bezos' net worth was estimated at $143 billion, according to Bloomberg's Billionaires Index, whilch tracks the worth of the world's richest people daily. Compared to last year, Bezos' worth has surged by more than $28 billion.

The projection has sparked anger on Twitter, noting how many people are financially struggling during the coronavirus pandemic as Bezos rakes in billions of dollars. After all he is likely to reach this lofty state while the rest of the world is in a recession and follows public protests by Amazon employees over their safety as they continue to work during the coronavirus pandemic.

On May 1, workers for Amazon and other companies including Instacart held a strike protesting a lack of "adequate protection in the workplace".

Earlier this month, Tim Bray, Amazon's vice president and "Distinguished Engineer" at Amazon Web Services, announced he was leaving the company over the firing of executives who spoke out against how workers were treated in their warehouses.

Last modified on 15 May 2020
Rate this item
(0 votes)
Tagged under
More in this category: « Dogs could be robot's best friend too TSCM to build 5nm Fab in Arizona »
back to top