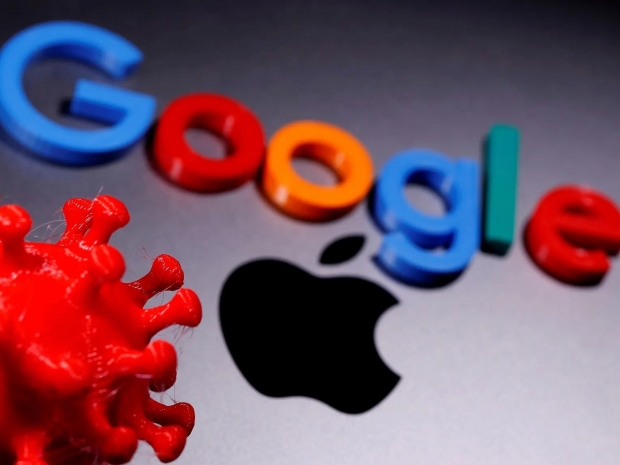 Tech giants  Apple and Google have rolled out a COVID-19 exposure notification system, essentially a unified programming interface that will allow public health departments to create their own contact tracing applications.

Apple and Google will not build contact tracing apps, but will leave that in the paws of public health agencies across the world.

The idea is that after an individual downloads and enables a contact tracing application on his phone, he would subsequently receive an alert if he is exposed to anyone who is diagnosed with or likely to have COVID-19. Of course, that assumes that the COVID-19-positive individual also has the application enabled on his phone.

On the other hand, for such applications to be effective, they require users to download and enable the applications on their phones.

One model, by the University of Oxford, found that for digital contact tracing to be effective, 60 percent of the population would have to opt in. Lower adoption rates could still have a positive effect, the researchers noted.

To reach such a high level of participation, Americans will need to trust that their private health data will be protected, something technology companies that collect health data, including 23andMe, AncestryDNA and MyHeritage, have struggled with in recent years.

There's also a question of how applications will verify positive COVID-19 tests, and guard against people flooding the system with false diagnoses. Google and Apple say verifying diagnoses will be left up to individual health authorities to decide how to address. From a practical standpoint, the apps, which require Bluetooth, have to avoid draining users' battery life if public health departments are expecting Americans to use them.

Apple and Google got input from public health associations, including the Centers for Disease Control and Prevention, nonprofits, government officials, academics and privacy experts in order to address some of those concerns, the companies said.

Once they download the app, users will have to consent to make their information available to the health authorities and can turn it on and off when they choose to. Data collection will be kept private and only used by health authorities for COVID-19 exposure, not stored in a central database.

Both Apple and Google said they will not use or sell the data gathered by the app even if Google makes its money doing this and Apple has been convicted for running a cartel – what is not to trust?

Last modified on 21 May 2020
Rate this item
(0 votes)
Tagged under
More in this category: « Facebook in an arms race against Russia, Iran and China Apple fanboys fail online courses »
back to top