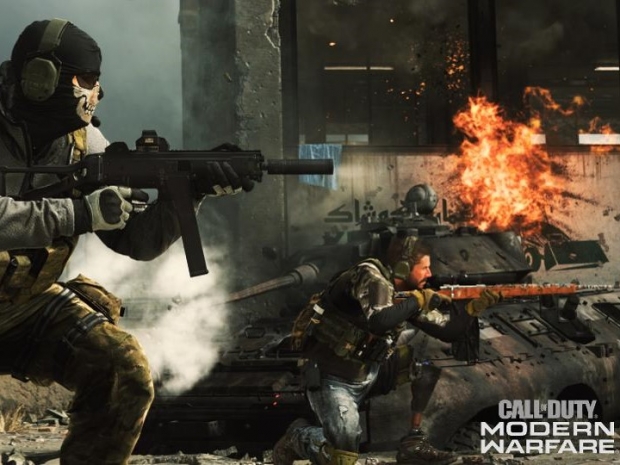 Claims it is to let protestors be heard

Activision is postponing new content updates for Call of Duty: Modern Warfare, Call of Duty: Mobile, and Call of Duty: Warzone. “Right now, it’s time for those speaking up for equality, justice, and change to be seen and heard”, the company announced on Twitter.

Activision’s message refers to the widespread protests happening across US cities in response to the death of George Floyd. Season 4 of Call of Duty: Modern Warfare was supposed to launch on June 3rd, while Call of Duty: Mobile’s seventh season was originally planned to release sometime this week. New seasons in both games introduce free content drops, including new multiplayer maps, modes, and weapons for both game’s online multiplayer modes.

This move follows similar decisions by other companies in the gaming industry. Sony announced that it would reschedule its PlayStation 5 event originally set for June 4th, and EA announced it would postpone a showcase highlighting its upcoming title Madden NFL 21.

Of course a cynic would say that there is no point issuing a game where a ruthless dictator clears a path through demonstrators with pepper spray and evicts priests from a church so that he can have a photo-opportunity holding an upside down bible, when players can see that sort of thing on the news. We doubt that the plot writers of Call of Duty could have imagined that sort of thing.

Last modified on 03 June 2020
Rate this item
(0 votes)
Tagged under
More in this category: « Sienna Cichlid GPU turns up – could be Big Navi GPU Apple threatens looters »
back to top