EPYC processors determine a third of CERN servers are dead 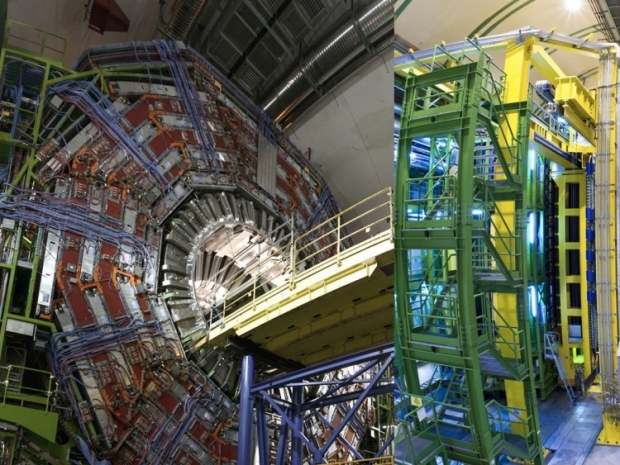 No longer need to be observed

AMD and CERN, the European Organisation for Nuclear Research have handed out some figures about how much number crunching pressure 2nd Gen EPYC processors have been under.

Apparently AMD processors have been helping collect huge throughput of data from the detectors on the Large Hadron Collider (LHC) – where the raw collision data arrives at the enormous rate of 40TB every second.

CERN has been preparing for the upcoming LHC restart in 2021 and has been looking for a hardware platform that is able to cope with the requirement of handling immense data throughput. Its LHCb experiment is an investigation into what happened just after the Big Bang that allowed matter to survive and build the universe.

CERN Project Leader LHCb Online Computing Niko Neufeld said: “With the AMD EPYC CPU we've been able to show more than a Terabit per second of data flowing from the servers sustained over days. Achieving this on a single server rather than requiring a supercomputer—as was the case in the past—is a significant advance.”

Neufeld said that CERN did not have the computing power of Google or Facebook, but the AMD EPYC CPU enables us to do the processing we need in a relatively small and compact system.

“This was not possible 10-15 years ago. Now, there is room for growth. With the same EPYC technology it is possible to double our capacity in the same space. Our plans for subsequent years are to increase the detectors and sensors. It gives you a lot of head room. EPYC allows us to do more.”

The EPYC chips have allowed the number of servers to be reduced by a third. This not only saves costs, but having fewer servers is also an advantage when you’re building a high-speed, low-latency network. With a larger network, you have more collision problems. The more compact you can make the system, the better.”

Last modified on 24 June 2020
Rate this item
(44 votes)
More in this category: « Most malware is encrypted zero day Apple ARM roadmap is short on specifics »
back to top