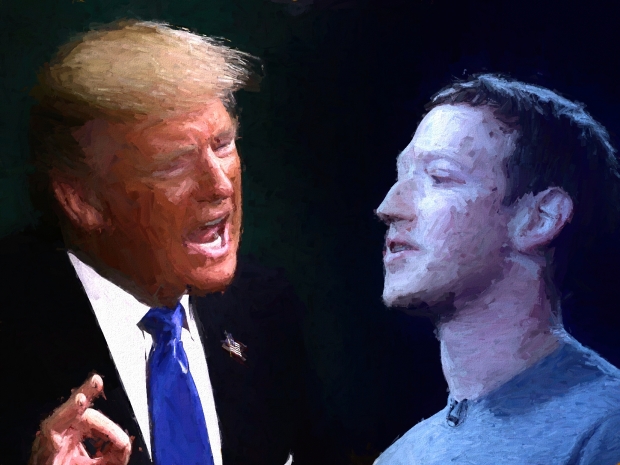 Facebook has been bending over to allow Trump to say what he likes has enabled other politicians to swamp voters with fake news and scare stories, according to a Washington Post investigation.

A new investigation by the Washington Post said in 2015 Mark Zuckerberg and Facebook rewrote their rules to avoid sanctioning then-candidate Donald Trump.

After Trump's infamous "the shooting starts" post, Facebook deputies contacted the White House "with an urgent plea to tweak the language of the post or simply delete it".

Trump himself called Mark Zuckerberg and Facebook also decided not to delete that post. In fact under the new rules it just wrote it still would not.

While Trump has not changed his rhetoric since he was a candidate, Facebook has continually altered its policies and its products in ways certain to outlast his presidency.

Facebook has constrained its efforts against false and misleading news, adopted a policy explicitly allowing politicians to lie, and even altered its news feed algorithm to neutralize claims that it was biased against conservative publishers, according to more than a dozen former and current employees and previously unreported documents obtained by The Washington Post.

The concessions to Trump have led to a transformation of the world's information battlefield. They paved the way for a growing list of digitally savvy politicians to repeatedly push out misinformation and incendiary political language to billions of people. It has complicated the public understanding of major events such as the pandemic and the protest movement, as well as contributed to polarization.

Current and former employees told the Post that Facebook is actually scared of Trump and has become increasing deferential toward its growing number of right-leaning users, tilting the balance of news people see on the network.

As a result it is facing a slow-burning crisis of morale, with more than 5,000 employees denouncing the company's decision to leave Trump's post that said "when the looting starts, the shooting starts" post.

The political speech carve up ended up setting the stage for how the company would handle not only Trump, but populist leaders around the world who have posted content that test these boundaries, such as Rodrigo Duterte in the Philippines, Jair Bolsonaro in Brazil and Narendra Modi in India.

David Thiel, a Facebook security engineer who resigned in March said: “"The value of being in favor with people in power outweighs almost every other concern for Facebook."