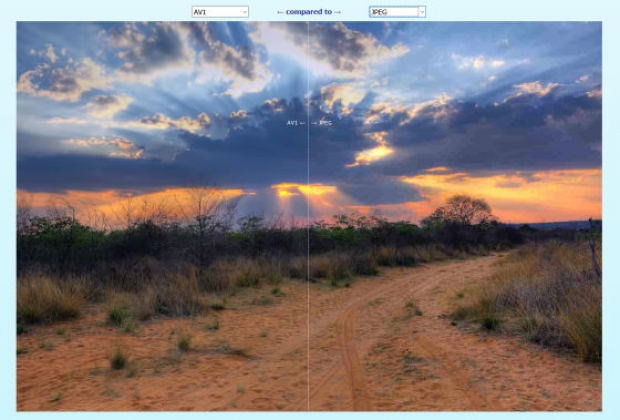 The new lightweight and royalty-free AVIF image format is coming to web browsers and work is almost complete on adding AVIF support to Google Chrome and Mozilla Firefox.

The new image format is one of the lightest and most optimised image compression formats, and has already gained praise from companies such as Netflix, which considers it superior to existing image formats such as JPEG, PNG, and even the newer WebP.

For those who came in late, the acronym of AVIF stands for AV1 Image File Format. As its name hints, AVIF is based on AV1, which is a video codec that was developed in 2015, following a collaboration between Google, Cisco, and Xiph.org (who also worked with Mozilla).

The trio pooled their respective in-house video codecs (VPX, Thor, and Daala) to create a new one (AV1) that they planned to offer as an open-source and royalty-free alternative to all the commercial video codecs that had fragmented and clogged the video streaming market in the late 2000s and early 2010s.

Last modified on 10 July 2020
Rate this item
(1 Vote)
Tagged under
More in this category: « Budget phones in the US come with spyware Apple continues to sting the British taxpaper »
back to top