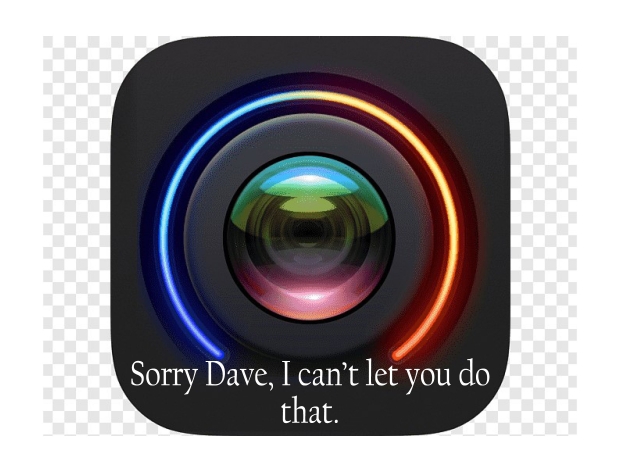 Apparently it breaks your expensive machine

Fruity cargo cult Apple has warned its security minded users not to cover their laptop cameras with stickers.

For those who came in late, security minded fanboys worried that hackers will turn on their cameras to spy out the contents of their mum's basement, have been sticking covers on the lenses over the lenses.

While this seems fair enough, Apple has a problem with this. Firstly it is not placing trust in Apple's security system which it claims is so effective it gives the coronavirus a run for its money, and secondly it upsets the design asthetics -- which is basically why anyone buys its out of date hardware.

Apple, in its new support document, urges users not to close their MacBook Pro or MacBook Air lids if there's a camera cover installed on it.

"If you close your Mac notebook with a camera cover installed, you might damage your display because the clearance between the display and keyboard is designed to very tight tolerances", Apple notes.

The support document also outlines some of the privacy and security functions of the camera, including the green indicator light that lets users know when the camera is active and the camera permission settings introduced in macOS Mojave.

So trust the company which gave you a clock which could not adjust to daylight saving, and a phone which you had to wrap with a rubber band.

Last modified on 13 July 2020
Rate this item
(4 votes)
Tagged under
More in this category: « Apple to teach software coding to teachers Samsung says expect 6G in 2028 »
back to top