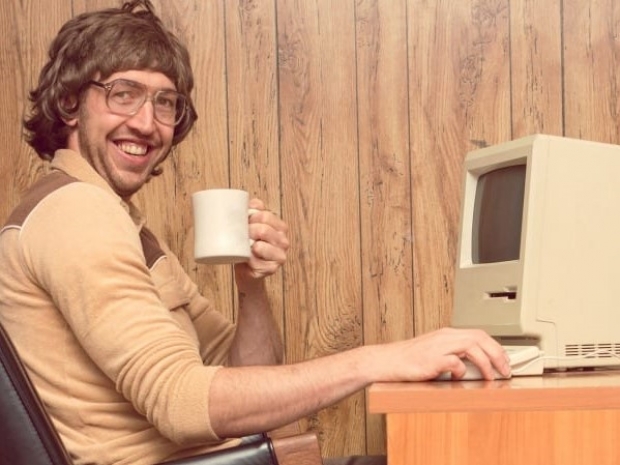 In a what could possibly go wrong moment, software geniuses at the fruity cargo cult Apple, who have problems writing code which tells the time,  are sharing their skills with US teachers.

In a statement from Apple's spaceship, the outft announced a new set of tools to help educators teach coding to students from grade school to college.When they say "coding" they mean Apple's programming language rather than anything useful. Apple CEO Tim Cook claimed that most students shunned programming before Apple introduced Swift "because coding languages were 'too geeky'. As Apple introduced Swift in 2016, Cook called for requiring all children to start coding in 4th grade (9-10 years old), which Cook reiterated to President Trump in a 2017 White House meeting.

To be fair, US teaching is a very uneven affair with a large percentage of them thinking that the bible is a good tool for teaching science and most students leaving school believing it is possible to catch viruses from 5G and vaccines are a bad thing. Why not teach them a code which can only be used in over priced toys?

In addition to significant enhancements to the Develop in Swift and Everyone Can Code curricula, Apple is also starting a new professional learning course for Develop in Swift, available to educators at no cost.

The course is designed to supplement the need for computer science educators in the US, and helps instructors of all skill levels build foundational knowledge to teach app development with Swift. In addition, with many institutions operating remotely,

Apple is adding resources for educators and parents to help ensure they have the tools they need to help students learn and grow from anywhere. [...] To support parents with kids learning to code at home, Apple is adding a new guide to its set of remote learning resources. 'A Quick Start to Code' is now available and features 10 coding challenges designed for learners ages 10 and up, on iPad or Mac. [...] In 2016, Apple launched Everyone Can Code, a comprehensive program and curriculum to help students of all abilities, from kindergarten to college, learn coding to solve problems and prepare them for the workforce. Develop in Swift was released in 2019, and today more than 9,000 K-12 and higher education institutions worldwide are using the Everyone Can Code and Develop in Swift curricula from Apple."

Last modified on 13 July 2020
Rate this item
(0 votes)
Tagged under
More in this category: « Intel's AVX512 needs to die a painful death Apple warns against covering laptop cameras »
back to top