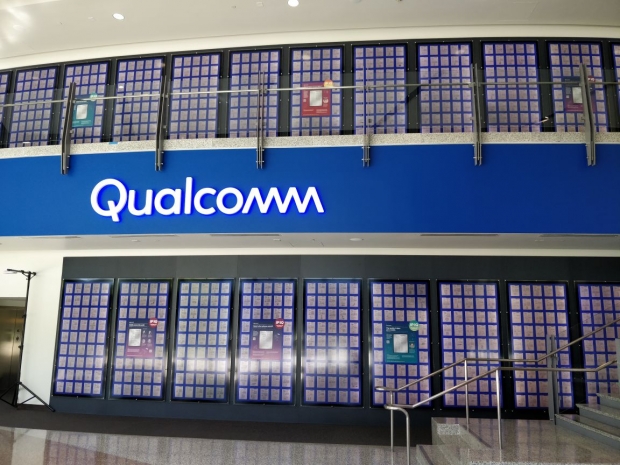 In May 2019, the now prominent Judge Lucy H. Koh ruled that Qualcomm's business practices that she called no license-no chip had strangled the competition. Now a higher court called the Ninth Circuit has reversed Koh's district court decision.

Judge Callahan disagrees with the Federal Trade commission's core argument that no license, no chip, is anti-competitive. In her words, Qualcomm's practice of licensing its SEP (Standard Essential Patents) exclusively at the OEM level doesn't amount to anti-competitive conduct in violation of  § 2 as Qualcomm is under no antitrust duty to license to rival chip suppliers. The court believes that Qualcomm is playing by the Standard Essential Patent laws offering SEPs on fair, reasonable, and nondiscriminatory ("FRAND") terms before their patents are incorporated into standards.

To put things in perspective, Apple doesn't license anything and keeps everything for the benefit of Apple, and so do many other companies. No private company has to license anything, a company such as Qualcomm has to spend substantial amounts of research of development money to get things patented.

The Ninth Circuit recognizes the importance of Qualcomm's contribution to CDMA and advanced LTE. At the same time, it believes that there was no anti-competitive violation of the Sherman Act.

Qualcomm always highlighted that it is open to licensing to anyone and that it is all matter of negotiation and arbitration. Ironically many believe that Apple and Huawei were both crown witnesses at the court as both wanted a better deal. Huawei is now under a lot of jurisdiction pressure from the US while Apple has dropped Intel's 5G modem and came back to Qualcomm for a 5G modem for iPhone.

The panel held that Qualcomm's patent-licensing royalties and "no license, no chips" policy did not impose an anti-competitive surcharge on rivals' modem chip sales.

Qualcomm business anything but horizontal

Qualcomm's executives have always underlining that instead of the horizontal approach used by Apple, Huawei, and Samsung, Qualcomm was always building products for everyone to use. The court sees the Qualcomm business model as a neutral chip supplier.

The panel held further that Qualcomm's 2011 and 2013 agreements with Apple had not had the actual or practical effect of substantially foreclosing competition in the CDMA modem chip market.

What does this mean?

The origin of the case was conceived by a few international corporations who didn't want to pay the asking prices and wanted to decrease their Bill of Materials and make more money. The more than four-year legal struggle started by the Obama administration was not put the rest during the Trump administration. Even at filing, two out of five FTC commissioners agreed that there is a case and that FTC should go after Qualcomm, which is highly unusual.

In the meantime, Apple and Huawei have reached an agreement with Qualcomm Technology Licensing rendering the FTC case even slimmer.

The previous decision from the district court decision is immediately reversed and put to rest. The FTC can always appeal, that is how the law works, but if a higher court dismisses the argument, the chances for success are extremely slim.

What Qualcomm can learn from this recent legal battle is that it can help its licensees and partners and work closely with them. Apple is proof that you need Qualcomm to make a mobile 5G device with US technology. At the device level 5G, MediaTek will be the distant second, and Huawei will play in some parts of Europe and dominantly in China but not the USA. Samsung will be an alternative for mobile device 5G, but the company has been using Qualcomm's chipset and modems exclusively in the USA.

End-user welfare is stronger with Qualcomm

Fundamentally it is all about end-user welfare, and Qualcomm sells chips to 100s of licensees and enabled one of the largest competition that we have seen in technology. On the other hand, three big ones mentioned above want to go as horizontal as possible, leaving all IP and research and development for the benefit of one single corporation. The practice of keeping everything for one company is not illegal as the company that invests in the R&D and patents can decide whether to share or keep it for its use.

There are 130 anti-competitive agencies around the world, and they will keep the industry regulated while the licensees can arbitrate or negotiate before going to courts.

Qualcomm is currently negotiating with the existing administration to be allowed to sell its processors to Huawei, one big customer, as Qualcomm's business model relies on many partners, where a lot of them operate out of China.

Don Donald J. Rosenberg, an Executive Vice President, General Counsel, and Corporate Secretary at Qualcomm, Mark Snyder, and his team are leaders who won this appeal.

It is hard to emphasize how important this decision is. It lifts huge uncertainty and burden from Qualcomm at the beginning of the 5G era. As we believe that Qualcomm is at the forefront of the 5G era on the device side, good things are ahead.

After Apple's legal fight that settled, Huawei licensing hurdles that settled, Broadcom failed a hostile take over, it looks like Qualcomm and the quality of its products will provide a tailwind for the company's near and long term future.

Last modified on 13 August 2020
Rate this item
(0 votes)
Tagged under
More in this category: « Lenovo does better than expected FBI and NSA reveal Russia’s Linux malware »
back to top