US has dropped the ball on tech innovation 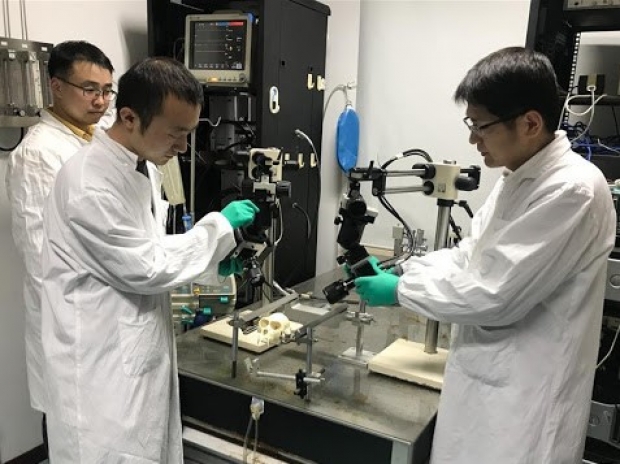 America has "dropped the ball" in funding for basic research, according to former Google chief executive Eric Schmidt.

Schmidt said that China has been able to catch up because the US is too stingy when it comes to cash. He is currently the Chair of the US Department of Defense's innovation board, and said he thinks the US is still ahead of China in tech innovation, for now. But that the gap is narrowing fast.

"There's a real focus in China around invention and new AI techniques", he told the BBC's Talking Business Asia programme.

"In the race for publishing papers China has now caught up."

Schmidt blames the narrowing of the innovation gap between the US and China on the lack of funding in the US.

"For my whole life, the US has been the unquestioned leader of R&D", the former Google boss said. "Funding was the equivalent of two percent or so of GDP of the country. Recently R&D has fallen to a lower percentage number than was there before Sputnik."

According to Information Technology and Innovation Foundation, a US lobby group for technology, the US government now invests less in R&D compared to the size of the economy than it has in more than 60 years. This has resulted in "stagnant productivity growth, lagging competitiveness and reduced innovation".

Schmidt said the US's tech supremacy has been built on the back of the international talent that's been allowed to work and study in the US - and warns the US risks falling further behind if this kind of talent isn't allowed into the country. "This high skills immigration is crucial to American competitiveness, global competitiveness, building these new companies and so forth", he said.

"America does not have enough people with those skills."

Last modified on 15 September 2020
Rate this item
(3 votes)
Tagged under
More in this category: « AMD fights COVID-19 Save ARM campaign starts »
back to top