Former Aussie PM hacked and brought down by Hope 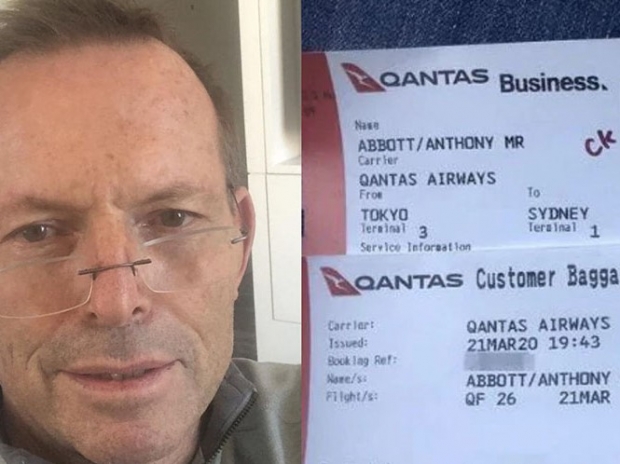 We can see why he was a former PM

Dumb-arsed Former Australian Prime Minister Tony Abbott had his phone number and passport details nicked by a hacker after posting a picture of his boarding pass on Instagram.

Hacker Alex Hope said he uncovered Abbott's details from his Qantas boarding pass in just 45 minutes. He then spent months attempting to contact Abbott to warn him of the security breach, but Abbott failed to get back to him

Qantas said it had now updated its cyber security protocols. Abbott posted an image of a boarding pass for his flight from Sydney to Tokyo on 21 March on his Instagram account, thanking the crew.

Hope said he received a message from a friend daring him to hack the former prime minister as they had recently been discussing the dangers of posting your boarding pass online. Writing in his bog he claimed he found Abbott's information because his booking reference was printed on the boarding pass.

He was then logged into Abbott's booking and search through HTML code to find his passport number and phone number. The code also included conversations with Qantas staff about Abbott.

"I had Tony Abbott's passport number, phone number and weird Qantas messages about him. I was the only one who knew I had these", Mr Hope said in a blog post. "Anyone who saw that Instagram post could also have them. I felt like I had to like, tell someone about this. Someone with like, responsibilities. Someone with an email signature."

Hope said he contacted the Australian Signals Directorate which handles cyber security. They thanked him for bringing the issue to their attention and said they would investigate.

Last modified on 22 September 2020
Rate this item
(2 votes)
Tagged under
More in this category: « Apple blasted by Blix EU plans to boot big tech »
back to top