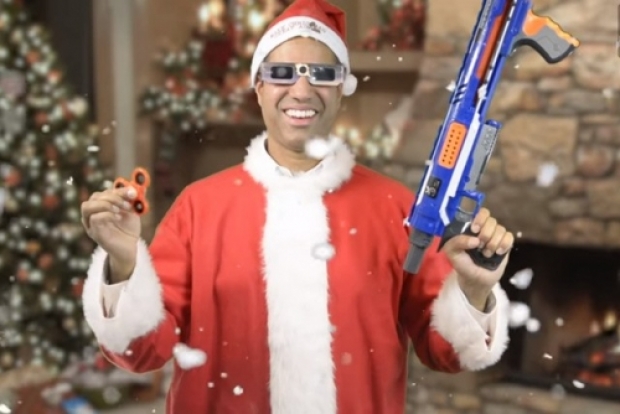 Thou shalt not censor Donald Trump

The Federal Communications Commission has said it will step in to ensure that social networking sites will publish and distribute anything that Donald Trump and the Republicans say.

FCC Chairman Ajit Pai, who is a Republican appointee, said that the agency will seek to regulate social media platforms like Facebook and Twitter at the behest of the Trump administration's executive order signed earlier this year.

"Members of all three branches of the federal government have expressed serious concerns about the prevailing interpretation of the immunity set for in Section 230 of the Communications Act. There is bipartisan support in Congress to reform the law", Pai said. "Social media companies have a First Amendment right to free speech. But they do not have a First Amendment right to a special immunity denied to other media outlets, such as newspapers and broadcasters."

Pai said that the commission's general counsel said that "the FCC has the legal authority to reinterpret Section 230. Consistent with this advice, I intend to move forward with a rulemaking to clarify its meaning".

"Pai's decision to move forward with rulemaking follows a series of moderation decisions made by Facebook and Twitter against a suspect New York Post article regarding former Vice President Joe Biden's son, Hunter Biden, who has been the subject of political attacks from the right throughout the 2020 presidential election", the report adds.

Facebook reduced the reach of the story, while Twitter banned linking to the story entirely. These moves from Facebook and Twitter incited an outcry over conservative bias from Republicans who feel that if they can't plant fake news and conspiracies about a cabal of Satan-worshiping paedophiles is running a global child sex-trafficking ring they will not win any election.

Last modified on 16 October 2020
Rate this item
(2 votes)
Tagged under
More in this category: « AMD will most likely buy Xilinx Amazon escapes UK digital tax »
back to top