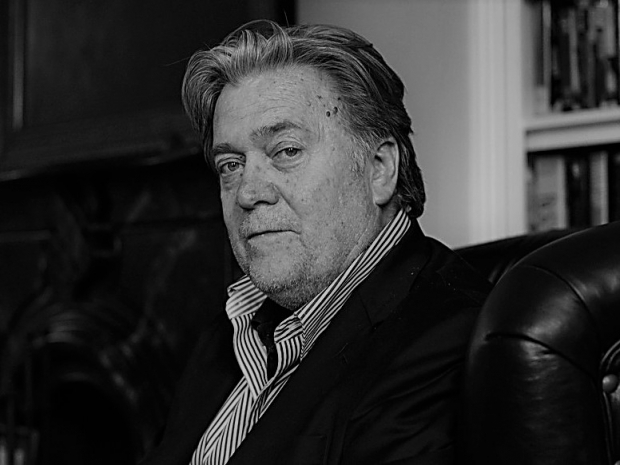 Steve Bannon has been outed for his involvement in running a network of misinformation pages on Facebook.

Independent activist network Avaaz uncovered the pages and alerted Facebook before it removed them for coordinated inauthentic behaviour.

The group said that the pages were obvious and yet Facebook consistently fails to spot the troublemakers that journalists and researchers with less funding and staff seem to keep spotting.

Avaaz says the top seven pages -- Brian Kolfage, Conservative Values, The Undefeated, We Build the Wall Inc, Citizens of the American Republic, American Joe, and Trump at War -- had collectively gained over 2.45 million followers. In some cases, Bannon and Brian Kolfage, co-conspirator in the "We Build the Wall, Inc." fundraiser/alleged scam, were co-admins.

Avaaz watched habitual misinformers and their coordinated sharing through custom software. They noticed that the Bannon-related pages tended to publish content at the same time and linked to the Populist Press, an even more right-wing Drudge Report copycat trafficking in disproven election fraud claims. The pages avoided warning labels by laundering links through the Populist Press domain rather post the original URLs for stories Facebook had already flagged as misinformation. Avaaz says they'd previously alerted Facebook to a network of 180 Bannon-connected pages and groups which have been sharing misinformation.

"We're a small team run with small donations," Quran told Gizmodo. "If we can spot this stuff, a multi-billion dollar company with tens of thousands of employees focused on the election and disinformation most certainly can. We are tired of doing their job for them."

Quran added that Avaaz has been alerting Facebook to its problems all year. "If 2016 was an accident. 2020 has been negligence."

Last modified on 11 November 2020
Rate this item
(3 votes)
Tagged under
More in this category: « Software engineer goes down for stealing from Microsoft Micron ships 176-layer TLC NAND flash »
back to top