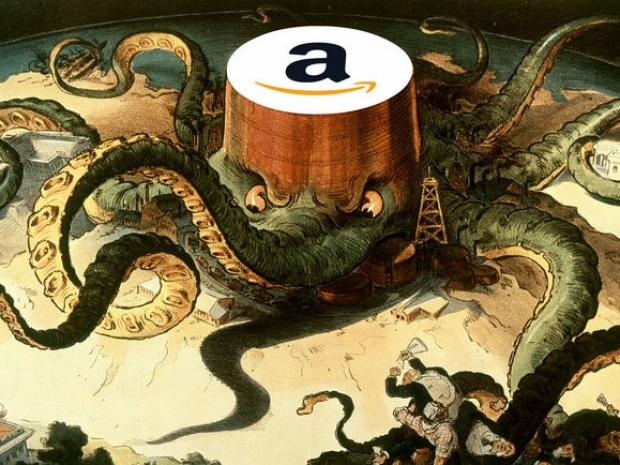 To pretend workers did not want a union

Online bookseller Amazon has been accused of dirty tricks in its fight to stop its workers from forming a union.

Votes are currently being counted in Alabama to decide whether Amazon warehouse workers will form a union. But last night, a series of anti-union tweets were sent from accounts claiming to be staff.

Twitter has now suspended many of the accounts, and Amazon has confirmed at least one is fake.

Most of the accounts were made just a few days ago, often with only a few tweets, all related to Amazon.

"What bothers me most about unions is there's no ability to opt-out of dues", one user under the handle @AmazonFCDarla tweeted, despite a state law in Alabama that prevents this. "Amazon takes great care of me", she added.

Another account - which later changed its profile picture after it was revealed to be fake - said: "Unions are good for some companies, but I don't want to have to shell out hundreds a month just for lawyers!"

Many of the accounts involved used the handle @AmazonFC followed by a first name. Amazon has previously used this handle for its so-called Amazon Ambassadors - employees who are paid to promote and defend it on Twitter.

Last modified on 01 April 2021
Rate this item
(2 votes)
Tagged under
More in this category: « Aho and Ullman win Turing Award Chinese chipmaker cited as cautionary tale »
back to top