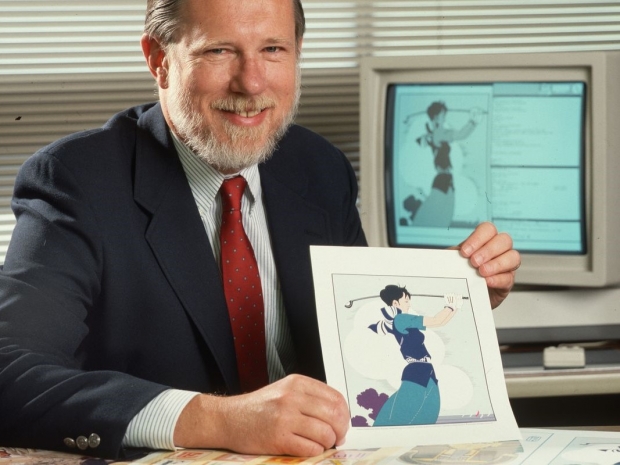 Pioneer of desktop publishing and inventor of PDF

Charles 'Chuck' Geschke, the co-founder of Adobe, who was the pioneer of “What you see is what you get" (or WYSIWYG) desktop publishing has died. He was 81.

Adobe was started in co-founder John Warnock's garage in 1982, and was named after the Adobe Creek which ran behind Warnock's house.

Adobe CEO Shantanu Narayen told staff Geschke’s death was a huge loss for the entire Adobe community and the technology industry, for whom he has been a guide and hero for decades.

"As co-founders of Adobe, Chuck and John Warnock developed groundbreaking software that has revolutionized how people create and communicate. "Chuck instilled a relentless drive for innovation in the company, resulting in some of the most transformative software inventions, including the ubiquitous PDF, Acrobat, Illustrator, Premiere Pro and Photoshop."

After earning a doctorate from Carnegie Mellon University, Geschke met Warnock while working at the Xerox Palo Alto Research Centre, according to the Mercury News.

The two left the company in 1982 and founded Adobe to develop software. Their first product was Adobe PostScript, which Narayen lauded as "an innovative technology that provided a radical new way to print text and images on paper and sparked the desktop publishing revolution".

Last modified on 20 April 2021
Rate this item
(0 votes)
Tagged under
More in this category: « Huang wants to create an alternative universe MediaTek could beat Samsung to 4nm »
back to top