Cook should be slapped for "carefully tended ignorance" 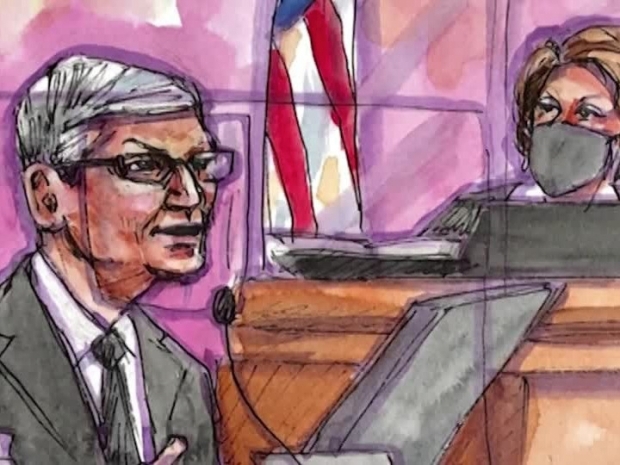 Apple CEO apparently does not know what is going on

Apple CEO Tim Cook turn in the stand in the Epic antitrust battle appears to have been a loud-sounding yawn with what observers called a mild, carefully tended ignorance that left many of the lawsuit's key questions unanswered.

The Tame Apple Press claimed that the approach was brilliant and game-changing because while it was as dull as hell it defanged "the dangerous if the somewhat dubious, argument that Apple's App Store amounts to a monopoly".

However, what actually happened was that Cook claimed no knowledge of things he probably should.

It started when he didn't know about Apple's R&D numbers — $15-20 billion annually for the last three years. He said that Apple couldn't estimate how much of that money was directed toward the App Store because "we don't allocate like that".

So Apple can't tell you how much is spent on App store research.

Now, this is legally clever, if Apple can't say a number Epic can't use it against them. If the number was big, Apple is protecting their golden goose (enforcing market power). If it's small, they're just collecting the eggs (collecting rent via market power).

He did the same thing with the claim of starving the competition with a preemptive shrug about profits. He only addressed total net sales, which were about $275 billion at a 21 per cent profit margin, saying Apple does not evaluate the App Store's income as a standalone business.

The idea that the app store cannot be assessed as a standalone business is ludicrous, but for the court's purposes, it just takes away another Epic plan of attack.

Epic did not let Cook get away with this and asked a curly question about Apple's App Store operating margins were around 79 percent.

Cook again pleaded ignorance but when Epic's attorney asked Cook to break down the confidential income numbers Cook stated that the iOS numbers are "a lot larger" than the Mac numbers.

The transcript shows that by mixing the iOS and Mac income, Apple gets to muddy the waters of how much money is made and spent on them both.

Fortunately, the judge is no fool and sees the same things Epic does. Apple is attempting to deny Epic a legal victory even at the cost of looking somewhat shadowy and manipulative.

Cook's deny everything approach was highlighted when he was asked about a deal with Google that keeps the search engine as the default on iOS. Cook said he didn't remember the specific numbers.

Last modified on 24 May 2021
Rate this item
(5 votes)
Tagged under
More in this category: « Iran takes sting out of sanctions with bitcoin SUSE IPO bit of a snooze »
back to top