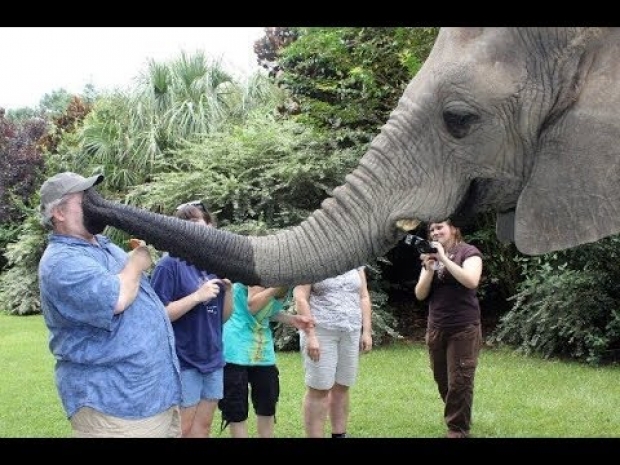 A team of boffins has come up with a way of translating the communication techniques of elephants so that humans can understand them.

Elephants possess a vibrant repertoire of communication techniques, including hundreds of calls and gestures that convey specific meanings and change depending on the context. Different elephant populations also exhibit culturally learned behaviours unique to their particular group.

Elephant behaviours are so complex that even the boffins may struggle to keep up with them all.

Joyce Poole, co-founder and scientific director of ElephantVoices, a nonprofit science and conservation organisation and co-creator of the new ethogram, has built an easily searchable public database with her husband and research partner Petter Granli.

The Elephant Ethogram currently includes more than 500 behaviours depicted through nearly 3,000 annotated videos, photographs and audio files. The entries encompass the majority, if not all, of typical elephant behaviours, which Poole and Granli gleaned from more than 100 references spanning more than 100 years, with the oldest records dating back to 1907.

About half of the described behaviours came from the two investigators’ studies and observations, while the rest came from around seven other leading savanna elephant research teams.

While the ethogram comprises mostly Poole and Granli’s observations, “there are very few, if any, examples of behaviours described in the literature that we have not seen ourselves”, Poole points out.

The project is also just beginning, she adds because it is meant to be a living catalogue that scientists actively contribute to as new findings come in. Poole and Granli believe the exhaustive, digitised Elephant Ethogram is the first for any wild animal.

Poole adds that the multimedia-based nature of the project is essential because with descriptions based only on the written word, audio files or photographs, “it is hard to show the often subtle differences in movement that differentiate one behaviour from another.”

Now that the project is online, Poole hopes other researchers will begin contributing their observations and discoveries, broadening the database to include cultural findings from additional savanna elephant populations and unusual behaviours Poole and Granli might have forgotten.