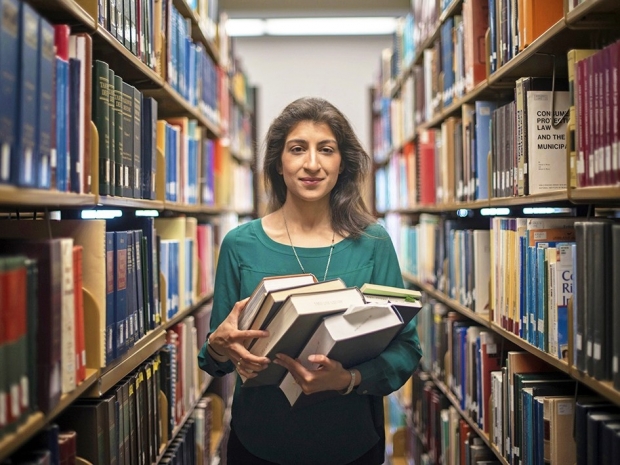 The Senate confirmed President Joe Biden's nominee to the Federal Trade Commission, Lina Khan, the young progressive who helped launch a reckoning amongst antitrust scholars and enforcers, in a 69-28 vote.

Khan, 32,  will become the youngest commissioner ever confirmed to the agency. Her confirmation also signals a bipartisan desire to impose more regulations on Big Tech companies like Facebook, Amazon, Alphabet and Apple.

Khan received the support of several top Republicans, including Commerce Committee Ranking Member Roger Wicker, R-Miss., who participated in her confirmation hearing. Other Republicans such as Senator Mike Lee are worried about increased regulations.

Khan became a well-known figure in antitrust circles after writing "Amazon's Antitrust Paradox" for the Yale Law Review in 2017, while a student at the university. The paper made the case for using a different framework for evaluating competitive harm than the popular consumer welfare standard.

That standard essentially says that antitrust law violations can be determined based on harm to consumers, which is often measured based on prices.

Khan argued that standard could miss significant competitive harm in the modern economy, such as predatory pricing that lowers consumer prices in the short term but allows a company that can afford it to quickly gain market share. She also argued that both owning and selling on a marketplace, like Amazon does, could allow a business to exploit information across their ecosystem to undercut the competition.

Last modified on 16 June 2021
Rate this item
(1 Vote)
Tagged under
More in this category: « US threatens EU over tech “protectionism” UK talks to battery makers »
back to top