China ahead on quantum technology 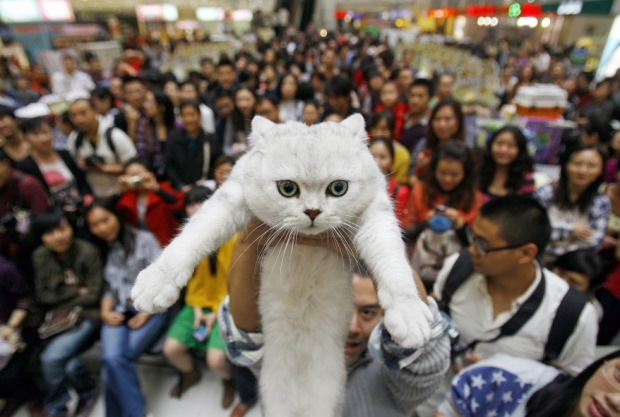 It has more potentially dead or alive cats than the US

When a team of Chinese scientists beamed entangled photons from the nation's Micius satellite to conduct the world's first quantum-secured video call in 2017, experts declared that China had taken the lead in quantum communications.

New research suggests that lead has extended to quantum computing as well. In three preprint papers posted on arXiv.org last month, physicists at the University of Science and Technology of China (USTC) reported critical advances in quantum communication and quantum computing.

In one of the studies, researchers used nanometer-scale semiconductors called quantum dots to reliably transmit single photons -- an essential resource for any quantum network -- over 300 kilometers of fibre, well over 100 times farther than previous attempts. In another, scientists improved their photonic quantum computer from 76 detected photons to 113, a dramatic upgrade to its "quantum advantage," or how much faster it is than classical computers at one specific task.

The third paper introduced Zuchongzhi, made of 66 superconducting qubits, and performed a problem with 56 of them -- a figure similar to the 53 qubits used in Google's quantum computer Sycamore, which set a performance record in 2019.

All three achievements are world-leading, but Zuchongzhi is creating a stir because it is the first corroboration of Google's landmark 2019 result.

While the Google boffin came up with is pleased his work has been confirmed and sees it as good for the field, the US will be somewhat concerned that it is falling behind the Chinese.

The geopolitical stakes of quantum technology are high: full-fledged quantum networks could provide unhackable communication channels, and a powerful quantum computer could theoretically break much of the encryption currently used to secure e-mails and Internet transactions.

Last modified on 16 July 2021
Rate this item
(1 Vote)
Tagged under
More in this category: « Criminals flog fake chips. Vendors buy into the scams Intel may buy GloFo »
back to top