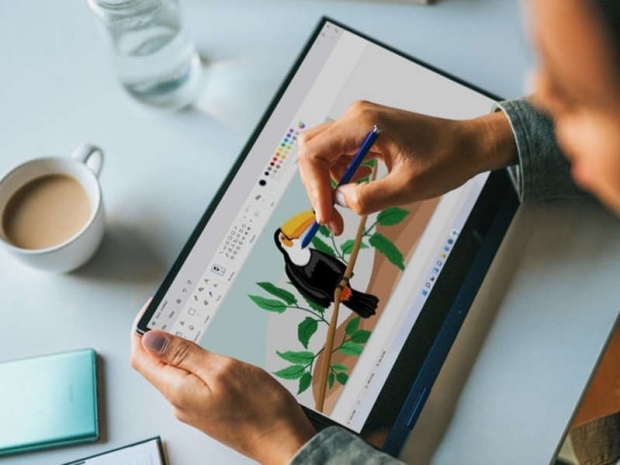 Software King of the World Microsoft is improving its Paint app for the first time since November 1985.

The new aesthetic was revealed when Microsoft quietly posed images of the app on Unsplash, as spotted by Windows Latest.

Paint has been around since the first version of Windows, in November 1985, and it appears Microsoft is not yet ready to sundown the image editing software.

The result is a more simplified look, with easier-to-access options to switch between pencils, brushes, and copy and paste.

The undo and redo buttons are now next to the File and View controls in the header, and there are also rounded corners for the app – as is the contemporary style for many Windows 11 apps.

It does not appear that there will be new updates for Paint in terms of features, although Microsoft does appear to be emphasising its use with touchscreens and stylus – but other Windows apps will be getting new tools.

Microsoft Photos will be getting a better interface and user updates including editing tools floating above the image, like Android and iOS apps.

The technology giant is also working on new Outlook and Microsoft Teams apps – with the latter now coming built into Windows 11 – which is likely to be released fully in October 2021.

Windows 11 will also come with a new Start Menu, Widgets, and the ability to run Android apps via the Microsoft Store via the Amazon AppStore.

Last modified on 03 August 2021
Rate this item
(2 votes)
Tagged under
More in this category: « Social media made lockdowns lonelier for older people Cyber threat growing - shock! »
back to top