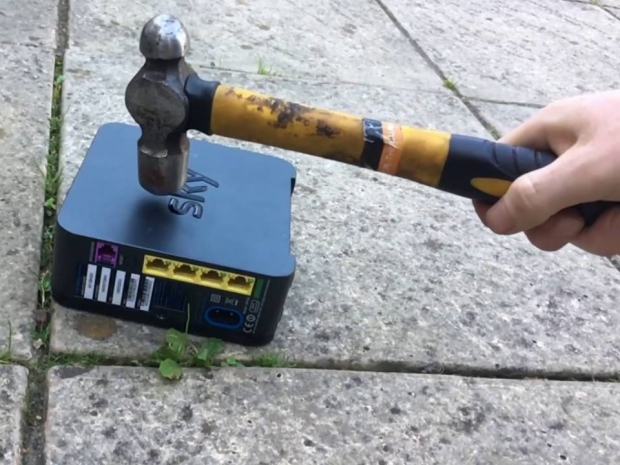 Older people are not that dumb

A new Census wide survey of 2,014 UK adults with a broadband connection, which was commissioned by ISP Zen Internet to examine some common connectivity myths, has found that 16 pe cent of 16-24-year-olds (Gen Z) believe that hitting their router will improve internet connectivity.

Older people are not that dumb. Less than two pe cent of over 55s thought that would work, and they were the same people who thought Boris Johnston was a clever and truthful man and Brexit would make the UK stronger.

The survey, which was conducted during May 2021, also found that 54 percent of Gen Z believe that turning off their video on conference calls can improve connectivity, while just 29 percent of over 55s “appear more aware that switching off video streaming is likely to be a temporary fix at best and that the poor signal is probably caused by a wider problem”.More than 21 percent of Gen Z adults still believe WiFi can “cause harmful radiation“, although at present the only known impact is a miniscule amount of heating - all forms of light / EM give off heat as they’re absorbed by the body, but you only really notice this with extremely energetic sources, such as the Sun. Meanwhile, amongst the over 55s, only five percent thought WiFi could cause harmful radiation.

Only 27 percent of Gen Z accurately picked the right definition of Full Fibre as an ‘Internet service that uses fibre optic technology all the way from the exchange to the property’.  The others thought it referred to breakfast. More than 42 percent of over 55s got the right answer.

Only 24 percent of Gen Z correctly identified Ethernet as ‘a dedicated circuit which can be provided over a mixture of technologies from customer to supplier with increased service level agreements’. Still only 15 percent of those aged 55+ managed to get this right so kudos to the Zeders on that one.

Zen Internet CEO Paul Stobart said: “They say wisdom comes with age and that would appear to be the case even in an area like technology, where youth would ordinarily be perceived to be at an advantage. Broadband plays an increasingly important role in our lives, so it’s vital that all of us, regardless of age and experience, can distinguish the fact from the fiction; there are still many misconceptions out there regarding broadband that could be holding consumers back from getting the most out of their connectivity. What this research study has shown me is that the broadband industry has a job on its hands to help consumers understand how broadband works, so that they can optimise connectivity in the home.”

Last modified on 02 September 2021
Rate this item
(4 votes)
Tagged under
More in this category: « Google and Apple forced to open app stores Amazon wants to recruit dope smokers »
back to top