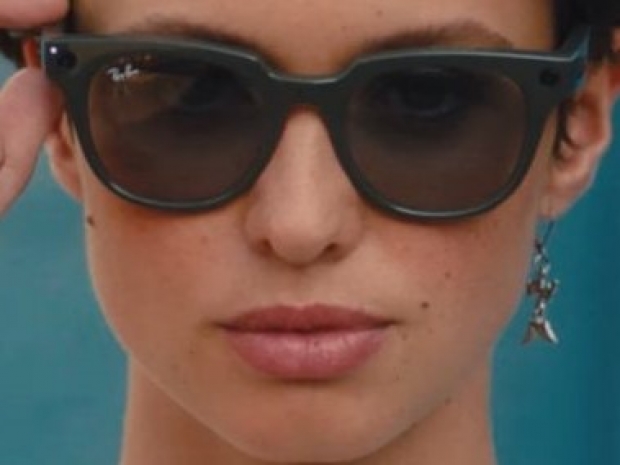 The Data Protection Commission in Ireland, Facebook's lead privacy regulator in Europe, has asked Facebook to demonstrate an LED indicator light on its pair of "smart" Ray-Ban sunglasses -- which lights up when the user is taking a video.

Italy's privacy watchdog, the Garante, already raised concerns about Facebook's smart glasses which seem to be a rather good way to film people who are not aware of it.

If the specs have a big glowing LED light, it might mean that people can avoid the creepy looking bloke glowing like a Christmas Tree, or call the cops.

The first Facebook Ray-Ban-branded specs went on sale earlier this month " looking mostly like a standard pair of sunglasses but containing two 5 MP cameras mounted on the front that enable the user to take video of whatever they're looking at and upload it to a new Facebook app called View.

The sunglasses also contain in-frame speakers so the user can listen to music and take phone calls. The specs also include a front-mounted LED light which is supposed to switch on to indicate when a video is being recorded.

However European regulators are concerned that what the DPC describes as a "very small" indicator is an inadequate mechanism for alerting people to the risk they are being recorded. Facebook has not demonstrated it conducted comprehensive field testing of the device with a view to assessing the privacy risk it may pose, it added.

The DPC wrote that while  many devices including smart phones can record third party individuals, it is generally the case that the camera or the phone is visible as the device by which recording is happening, thereby putting those captured in the recordings on notice.

“With the glasses, there is a very small indicator light that comes on when recording is occurring. It has not been demonstrated to the DPC and Garante that comprehensive testing in the field was done by Facebook or Ray-Ban to ensure the indicator LED light is an effective means of giving notice," the DPC wrote.

Facebook's lead EU data protection regulator goes on to say it is calling on the tech giant to "confirm and demonstrate that the LED indicator light is effective for its purpose and to run an information campaign to alert the public as to how this new consumer product may give rise to less obvious recording of their images."

Last modified on 21 September 2021
Rate this item
(3 votes)
More in this category: « Italian Mafia is sleeping with the phishers Bezos has a climate epiphany »
back to top