Bezos has a climate epiphany 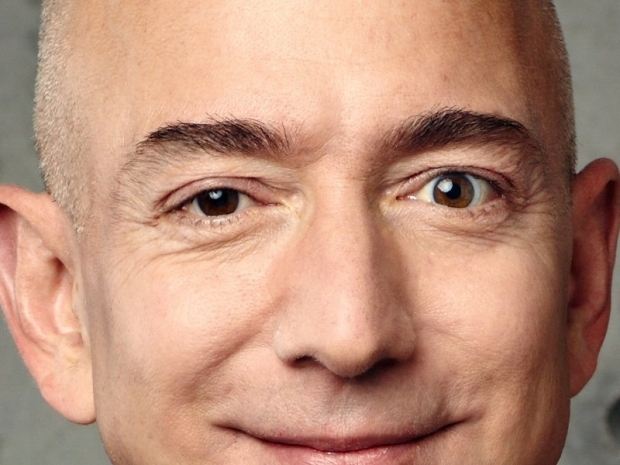 Will give away a billion

Amazon founder and the first man to fly a giant sex toy into space, Jeff Bezos, claims that his rocket trip has given him an epiphany on climate change.

“Nature is our life support system and it's fragile and I was reminded of this just this July when I went into space with Blue Origin. I'd heard that seeing the Earth from space changes one's point of view of the world, but I was not prepared for just how much that would be true", he said.

Bozos has pledged to give away $1 billion in grants this year with a focus on conservation efforts which will be delivered through the Bezos Earth Fund, which the Amazon founder and chairman started in 2020 to execute his $10 billion commitment to fight climate change.

The Bezos Earth Fund has pledged to donate about $1 billion a year to activists, scientists and other groups working to address the globe's climate crisis, with a goal of spending $10 billion by 2030. Following this year's focus on conservation, the fund said that in the coming years it intends to support efforts around landscape restoration and food system transportation.

The latest round of grants will be used to "create, expand, manage and monitor protected and conserved areas", the Bezos Earth Fund said in a release.

To start with, the fund plans to focus on Central Africa's Congo Basin, the tropical Andes region and the tropical Pacific Ocean, all of which are key areas for biodiversity and carbon stocks, or the amount of carbon stored in things such as vegetation, soils and oceans.

"The natural world is not better today than it was 500 years ago, when we enjoyed unspoiled forests, clean rivers and the pristine air of the pre-industrial age", Bezos said in a statement.

"We can and must reverse this anomaly." It is not yet known which organisations will receive the grants. The gifts will be prioritised in areas where local communities and Indigenous peoples are a main focus of conservation programs, among other considerations, the Bezos Earth Fund said.

Last modified on 22 September 2021
Rate this item
(4 votes)
Tagged under
More in this category: « Irish hacked off with Facebook perv specs New type of computing mimics human brain »
back to top