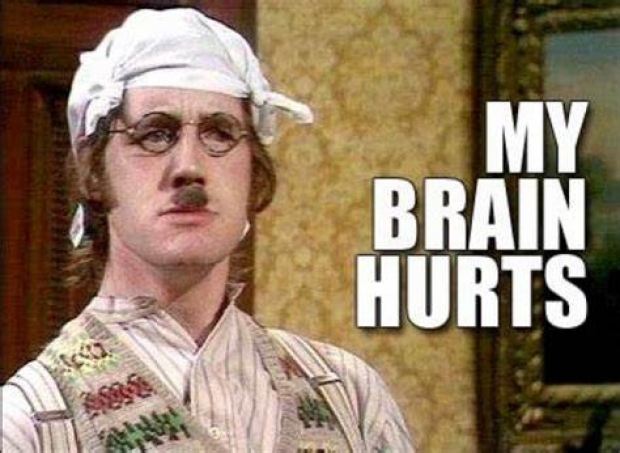 A new type of computing that mimics the way the human brain works was already transforming how scientists could tackle some of the most difficult information processing problems.

Using this method researchers solved a complex computing problem in less than a second on a desktop computer. Currently it takes a supercomputer to solve the same problem and still takes much longer. Daniel Gauthier, lead author of the study and professor of physics at The Ohio State University didn’t say what the problem was, but we guess it was not calculating personality disorders to ten decimal places.

The study was published today in the journal Nature Communications. For those who came in late, reservoir computing is a machine learning algorithm developed in the early 2000s and used to solve the "hardest of the hard" computing problems, such as forecasting the evolution of dynamical systems that change over time.

Gauthier said previous research has shown that reservoir computing is well-suited for learning dynamical systems and can provide accurate forecasts about how they will behave in the future.

It does that through the use of an artificial neural network, somewhat like a human brain. Scientists feed data on a dynamical network into a "reservoir" of randomly connected artificial neurons in a network.

The network produces useful output that the scientists can interpret and feed back into the network, building a increasingly accurate forecast of how the system will evolve in the future. The larger and more complex the system and the more accurate that the scientists want the forecast to be, the bigger the network of artificial neurons must be and the more computing resources and time that are needed to complete the task.

In this study, Gauthier and his colleagues  found that the whole reservoir computing system could be greatly simplified, dramatically reducing the need for computing resources and saving significant time.

They tested their concept on a forecasting task involving a weather system developed by Edward Lorenz, whose work led to our understanding of the butterfly effect. Their next-generation reservoir computing was a clear winner over today's state-of-the-art on this Lorenz forecasting task.

In one relatively simple simulation done on a desktop computer, the new system was 33 to 163 times faster than the current model. But when the aim was for great accuracy in the forecast, the next-generation reservoir computing was about 1 million times faster.

And the new-generation computing achieved the same accuracy with the equivalent of just 28 neurons, compared to the 4,000 needed by the current-generation model, Gauthier said.

An important reason for the speed-up is that the "brain" behind this next generation of reservoir computing needs a lot less warmup and training compared to the current generation to produce the same results. Warmup is training data that needs to be added as input into the reservoir computer to prepare it for its actual task.

For all that extreme cleverness it still can’t manage Chrysalis.

Last modified on 22 September 2021
Rate this item
(0 votes)
More in this category: « Bezos has a climate epiphany Junk your Chinese phones warns Lithuania's Defence Ministry »
back to top