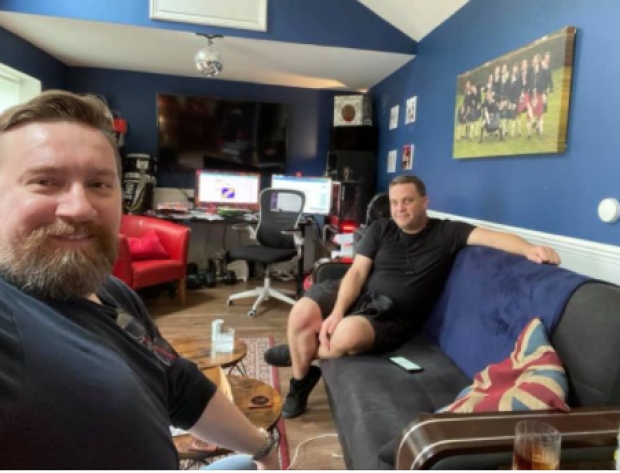 A former senior PR executive at Intel and AMD has now a senior vice president role at Ryff - a startup making waves in Silicon Valley and now with what appears to have an office in The Smoke (London).

Nick Knuppfer - not pictured here (left) - with whisky magnate Rob Squires (right) -  takes up the baton of PR and marketing supremo role for Ryff today.  We believe Knuppfer is a descendant of aristocratic Russians.

Ryff's CEO is Royston Tayor, well known to IT hacks for many many years in all sectors of the industry.

Wared Seger, the CEO of Parrot, said that his company has struck a deal with Ryff to provide accurate product placements for popular shows and sports events.

Last modified on 23 September 2021
Rate this item
(1 Vote)
Tagged under
More in this category: « Microsoft shows its new Surface 2021 lineup Kids can't understand how computers work any more »
back to top