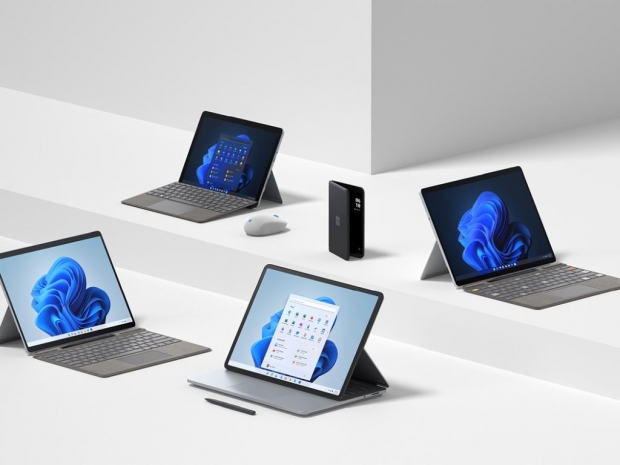 Preparing for the upcoming Windows 11 launch, Microsoft has refreshed its Surface lineup with new models, including the all-new Surface Laptop Studio and Surface Pro 8, as well as minor tweaks for some other models, like the Surface Pro X and the Surface Go 3.

Leading the pack are the new Surface Laptop Studio, a "larger" laptop with a 14.4-inch high refresh-rate screen and offering a 2-in-1 experience, and the Surface Pro 8, a 13-inch tablet with a detachable keyboard. Other models got just minor tweaks that should get them ready for Windows 11, and there is the new Surface Duo 2 phone-like device with Qualcomm's Snapdragon 888 SoC.

The Surface Laptop Studio is Microsoft's take on bringing a device that can be used in multiple modes, thanks to its special hinge, called Dynamic Woven Hinge, that allows it to be used as a standard laptop, tablet, or with display pushed forward and covering the keyboard, called the stage mode.

The Surface Laptop Studio is built around a 14.4-inch PixelSense 2400x1600 resolution screen in a 3:2 aspect ratio and with a 120Hz refresh rate, which Microsoft calls Flow Touch. The high refresh rate is a welcomed update, especially for those looking to use it with the new Surface Slim Pen 2, which also can be stored under the keyboard. 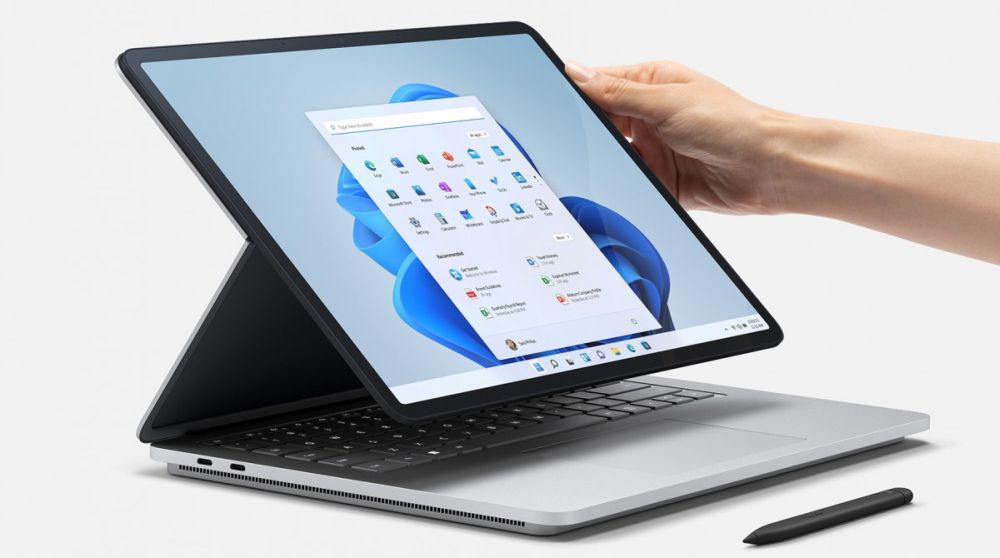 Microsoft has decided to go with Intel's 11th gen Tiger Lake CPUs, specifically the Core i5-11300H and the Core i7-11370H, giving the Surface Laptop Studio much needed performance boost. The Core i5 model will stick with Intel Xe GPU, while the Core i7 model will be available with either RTX 3050 Ti in consumer, and the RTX A2000 in the commercial version.

The Surface Laptop Studio is available for pre-order as of now and starts at $1,600. 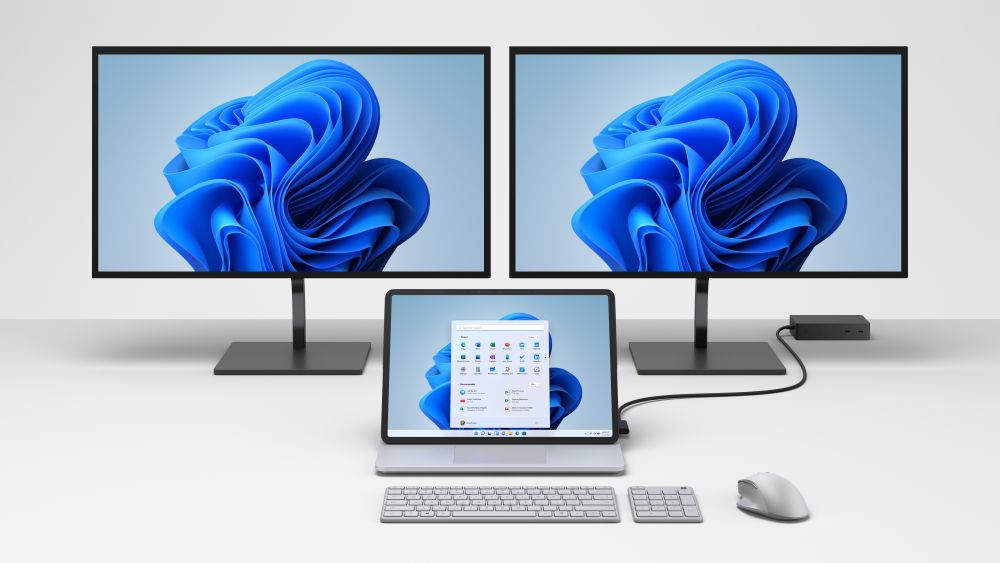 It has an updated screen with a 13-inch 2880x1920 resolution and 120Hz refresh rate. Microsoft's design team managed to shrink the bezels, which makes the new Surface Pro just a tad larger than the earlier model with a 12.3-inch screen.

The Surface Pro 8 is now based on Intel's Evo platform, shipping with Core i5-1135G7 and Core i7-1185G7 CPUs. There are also several options for commercial usage with slightly different CPU configurations and optional LTE. It also gets 8GB, 16GB, or 32GB of LPDDR4x memory, and 128GB to 1TB of SSD storage.

The Surface Pro 8 also got Thunderbolt 4 ports, as well as the traditional Surface Connect magnetic connector. There are also two cameras, a 5MP front one with Windows Hello, and a 10MP rear camera, as well as dual microphones, and stereo speakers. The detachable keyboard got storage for the new Surface Slim Pen.

Surface Pro X gets a WiFi-only version at $900, Surface Go 3 gets new CPUs

The Surface Pro X did not get any major updates, but it did the WiFi-only version which now starts at $900. It is still powered by either the Microsoft SQ1 or SQ2 SoCs and will be shipping with Windows 11 once it launches later this year. 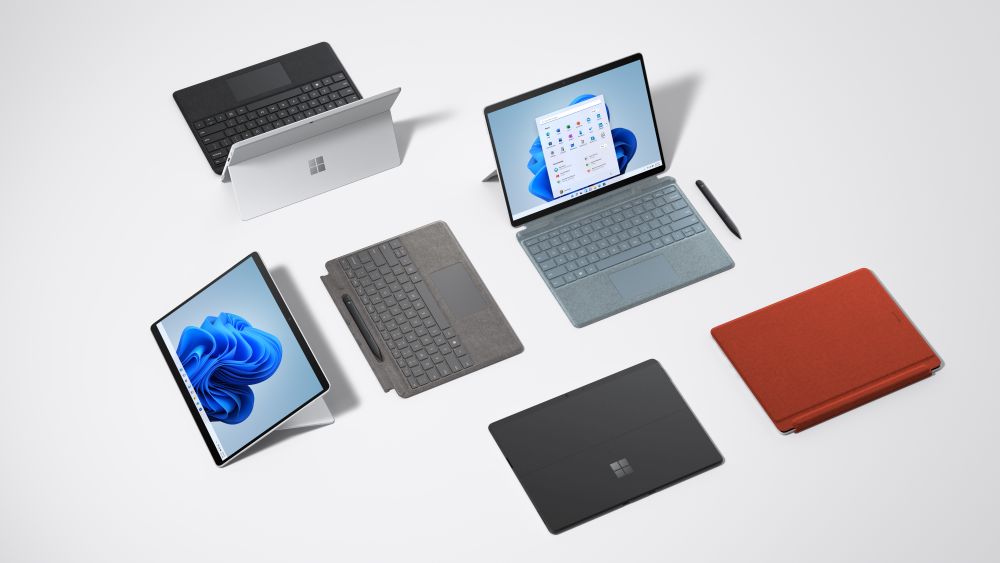 The Surface Go 3 also got a minor update and can be configured with the dual-core Intel Pentium Gold 6500Y CPU or the quad-core Intel 10th gen Core i3-10100Y CPU. The rest of the specifications are identical to the Surface Go 2, and it will start at $400.