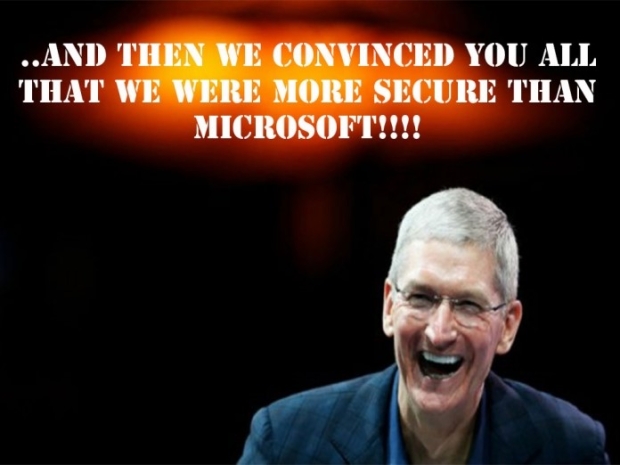 Making money from our software security holes is our job

Fruity cargo cult Apple is furious that the Israeli surveillance company NSO has been making a viable business out of its poor software security.

In federal court Apple insisted that it was protecting its users from surveillance and targeting. Apple also wants to permanently prevent NSO from using any Apple software, services or devices, a move that could render the company's Pegasus spyware product worthless, given that its core business is to give NSO's government clients full access to a target's iPhone or Android smartphone.

Of course, Apple is also asking for unspecified damages for the time and cost to deal with what the company argues is NSO's abuse of its products. Apple said it would donate the proceeds from those damages to organisations that expose spyware.

NSO claims that it sells sell spyware to governments only for lawful interception, but a series of revelations by journalists and private researchers have shown the extent to which governments have deployed NSO's Pegasus spyware against journalists, activists and dissidents. Apple executives described the lawsuit as a warning shot to NSO and other spyware makers.

Head of Apple security engineering and architecture, Ivan Krstic, said Apple was telling NSO if you do this, if you weaponize our software against innocent users, researchers, dissidents, activists or journalists, Apple will give you no quarter.

There is no doubt that NSO  flogs Pegasus to oppressive governments who use it to persecute dissidents. However, if Apple’s software was as secure and private as marketed, NSO would not exist. What Apple is saying is that if you find flaws in our software and use them then we will sue you into next week.

Last modified on 24 November 2021
Rate this item
(4 votes)
Tagged under
More in this category: « Apple’s podcast ruse Swedish call for crypto mining ban »
back to top