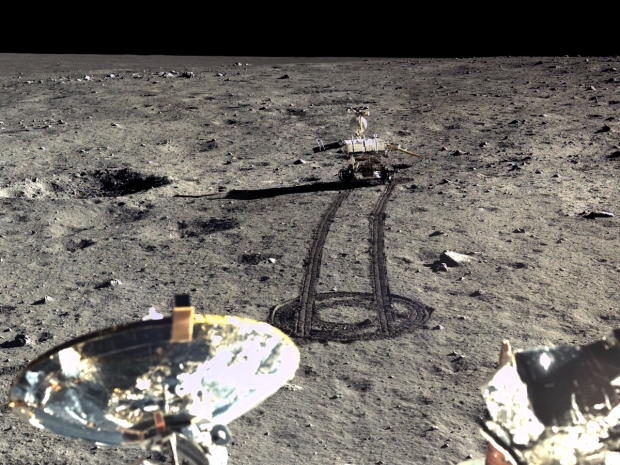 Space travel is really for socialism

"China has formally approved three missions targeting the south pole of the moon, with the first to launch around 2024. each with different goals and an array of spacecraft.

"The trio make up the so-called fourth phase for the Chinese lunar exploration programme, which most recently landed on the moon last December with a sample-return mission dubbed Chang'e 5.

Chang'e 7 will be the first to launch; Wu did not provide a timeline, but previous reporting indicates a hoped-for launch around 2024, with the mission to include an orbiter, a relay satellite, a lander, a rover and a "mini flying craft" designed to seek out evidence of ice at the lunar south pole.

The various component spacecraft will carry a range of science instruments including cameras, a radar instrument, an infrared spectrum mineral imager, a thermometer, a seismograph and a water-molecule analyser; the mission will tackle goals including remote sensing, identifying resources and conducting a comprehensive study of the lunar environment.

Chang'e 8 will launch later this decade and will be a step toward establishing a joint International Lunar Research Station (ILRS) with Russia and potentially other partners.

The mission is expected to test technology for using local resources and manufacturing with 3D printing, according to earlier Chinese press statements.

The ILRS plan includes development of a robotic base which can be later expanded to allow astronauts to make long-term stays on the lunar surface in the 2030s.

The US government and Nasa have proposed the Artemis Accords to set rules for future lunar activities. Already signed by more than a dozen US allies, the accords allow governments or private companies to protect their facilities or "heritage sites" by setting up safety zones that forbid the entry of others.

China and Russia are opposed to the accords because this challenges the existing international protocols including the UN's Moon Agreement, which states that the moon belongs to the entire human race, not a certain country, according to Zhang.

But to effectively counter the US on the moon, China would have to "take some forward-looking measures and deploy them ahead of schedule", he said in a paper published in domestic peer-reviewed journal Aerospace Shanghai in June.

Instead of building an orbiting "gateway", China would directly put a nuclear-powered research station on the moon. The unmanned facility would allow visiting Chinese astronauts to stay on the moon for as long as their American peers but only at a fraction of the cost.

To counter the US territorial claims, China would also deploy a mobile station. This moon base on wheels would be able to roam freely on the lunar surface for over 1,000km, and the use of artificial intelligence technology would mean astronauts need not be present for its operation.

China would pay a great deal of attention to the exploration of caves, which could provide a natural shelter for the construction of permanent settlements.