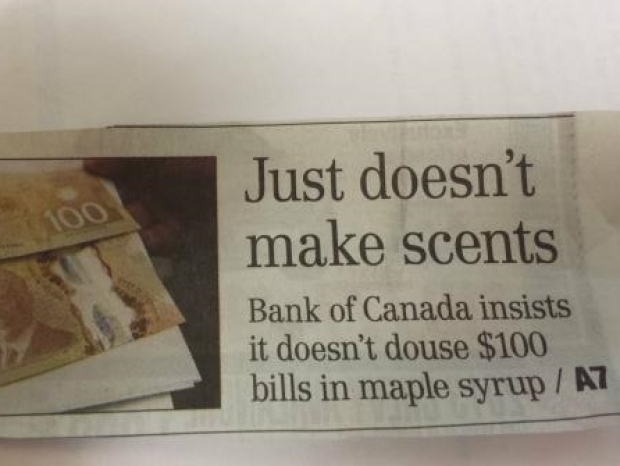 Got to prop up the mass media

The Canadian government introduced legislation Tuesday to force digital giants to compensate news publishers for the use of their content.

The move is supposed to head off the collapse of media companies bought about by the rise of the internet. While most of the world will not mourn the death of news empires, before newspapers spent all their time writing adverts for Apple, or tailing C list celebrities, they were a good check and balance in democracy. But without funding, local journalism has collapsed leaving local and central government the ability to do what it likes without monitoring.

Ironically in countries like Italy were the press receive funding from central government, it tends to do what it is told and the result is nauseating acquiescence with some of the most corrupt politicians on the planet.

Canada seems to believe that the best way to fund an independent media is companies like Google and the Meta Platforms-owned Facebook -- and other major online platforms that reproduce or facilitate access to news content -- to either pay up or go through a binding arbitration process led by an arms-length regulator, the Canadian Radio-television and Telecommunications Commission (CRTC).

The compensation extracted from these digital giants must be used to fund the creation of news content to protect the "sustainability of the Canadian news ecosystem," according to a government backgrounder distributed to reporters.

To preserve access to Canadian news, the federal government has adopted much of the so-called "Australian model," named after the country that first forced digital companies to pay for the use of news content. According to the Australian Competition and Consumer Commission, more than $190 million has been paid already to Australian media companies since the model was enacted last year. The big winners have been legacy media and larger media outlets.

The new Canadian scheme would require that Facebook, Google and other digital platforms that have "a bargaining imbalance with news businesses" make "fair commercial deals" with newspapers, news magazines, online news businesses, private and public broadcasters and certain non-Canadian news media that meet specific criteria. The goal is to have these digital platforms negotiate deals with publishers without the need for government intervention.

Last modified on 07 April 2022
Rate this item
(2 votes)
Tagged under
More in this category: « Police confirm that AirTag’s are a perve’s tool of choice US faces dire consequences if it does not prop up semiconductor industry »
back to top