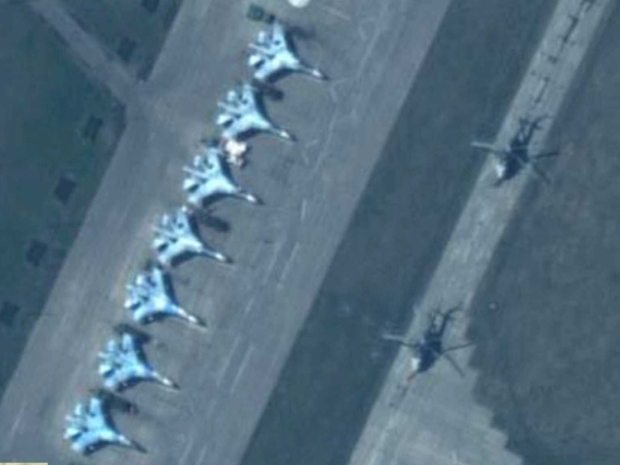 Now even the Russian generals know where they are

On Monday, the Internet got a much better look at military facilities across Russia. Google Maps stopped obscuring the sensitive locations.

The Ukrainian Armed Forces announced the end of Google's censorship of Russia's bases on Twitter.

Since Russia's invasion of Ukraine began in late February, the OSINT community on Twitter has been cataloguing Russian losses by geolocating images of destroyed tanks, fighting vehicles, aircraft, and cruise missile attacks.

Twitter users have already identified some interesting sights. Images taken of a Russian airbase at Lipetsk show partially disassembled MiG-31s (or perhaps MiG-25s). Another shows several Sukhoi fighter jets painted in patriotic colors, at least one of which is also missing its wings.

Zhukovsky Airport near Moscow shows some oddities parked outside thanks to its role as a test flight centre, including a Buran shuttle and a Sukhoi Su-47 technology demonstrator.

Last modified on 19 April 2022
Rate this item
(1 Vote)
Tagged under
More in this category: « Bonking Boris Johnson told Number 10 bugged by Pegasus Encryption outfit might have talked up its quantum claims »
back to top