El Salvador discovered that Bitcoin really is a ponzi scheme 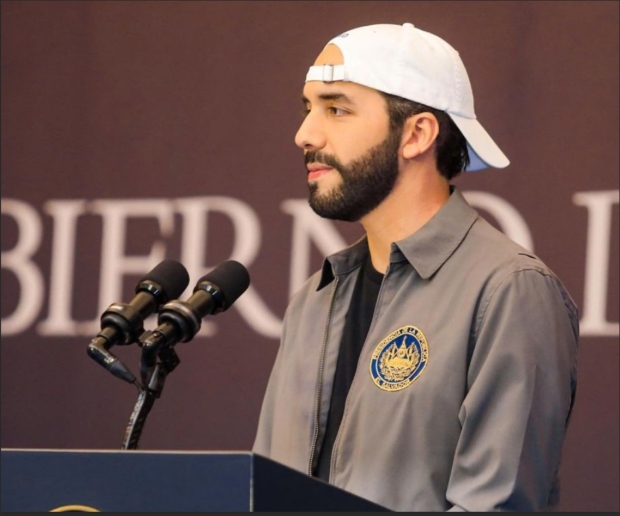 While the Bitcoin ponzi scheme has been crashing and burning, one of its key fanboy’s El Salvador’s president cannot admit he has made a mistake.

President Nayib Bukele, who seems unable to put his cap the right way around,  hit the headlines when he invested shedloads of El Salvador’s real money into the made-up Bitcoin Ponzi scheme.

For those who came in late, Bitcoin is a scheme which depends on people investing money and then talking others into investing so that the price can go up and they can exit the scheme to live on a nice Mediterranean island.

However, Bitcoin has not done very well since Bukele invested and followed Bitcoin rules, he thinks that the wisest way forward is to buy up more of the useless currency until things get better.

Bukele's bought 2,301 Bitcoins for the government since making them legal tender back in September, based on his announcements on Twitter. That includes a purchase of 500 coins yesterday as their price plunged below $31,000, extending a wild six-month sell-off. Those tokens are worth $74 million today. That's 28% less than the $103 million Bukele paid for them.

Bukele says he trades the nation's stockpile of coins on his phone. The 40-year-old has said he will push ahead with plans to issue a $1 billion blockchain bond to fund the construction of Bitcoin City, an income and capital gains tax-free jurisdiction he hopes to create on the country's coast.

Bukele tweeted pictures on Monday of a mockup for the planned city, which includes an international airport. It would use geothermal energy from a nearby volcano.

Meanwhile, El Salvador's dollar bonds have plunged 24 per cent this year, "as concern mounts that the government will fail to pay back $800 million of notes that come due in January," notes Bloomberg. "Moody's cut the government's credit rating to Caa3 last week, citing an increased risk of default."

Last modified on 13 May 2022
Rate this item
(5 votes)
Tagged under
More in this category: « Nvidia schedules Computex 2022 keynote for May 23rd AMD making inroads into Intel’s market share »
back to top