New silicon-anode batteries to accelerate the adoption of EVs 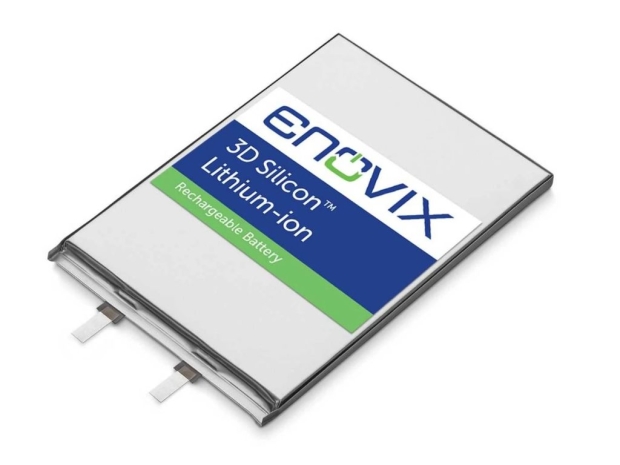 Enovix has made a new type of silicon-anode lithium-ion battery that could accelerate the adoption of electric vehicles (EVs), bringing faster charge as well as maintaining its capacity quite well.

Built by California-based Enovix, the new battery can apparently reach full charge in less than 10 minutes, as well as maintain 93 percent of its capacity after 1,000 charges. It also has minimal degradation after six months of operation at elevated temperatures, which is pretty much the goal of the US Advanced Battery Consortium plans for high-performance EV battery technology.

According to published details, the battery can reach 80 percent charge in 15 minutes under normal conditions.

The new battery from Enovix uses proprietary technology that overcomes the problems of using silicon as an anode, which brings faster-charging speeds, capacity boost, and other benefits, compared to standard graphics anode batteries.

"Fast charge capability can accelerate mass adoption of EVs and we've been able to demonstrate a level of performance that meets and exceeds many OEM roadmaps," said Enovix CEO, president, and cofounder Harrold Rust.

What makes it even more interesting is that this is not future technology, as it is already used in an unnamed OEM smartwatch, and Enovix has already packed it into cells of different sizes, so hopefully, we'll see it in some other devices and EVs soon.

There are several other companies looking into the same technology including Amprius, Nanoramic, Enevat, and others. Enevat had the best luck so far with its silicon anode technology and will apparently be used by several car makers in 2024, including Renault, Nissan, and Mitsubishi.

Rate this item
(3 votes)
Tagged under
More in this category: « Marvell doing better than other fabless chip designers Kioxia shows 7-bit HLC NAND at IMW »
back to top