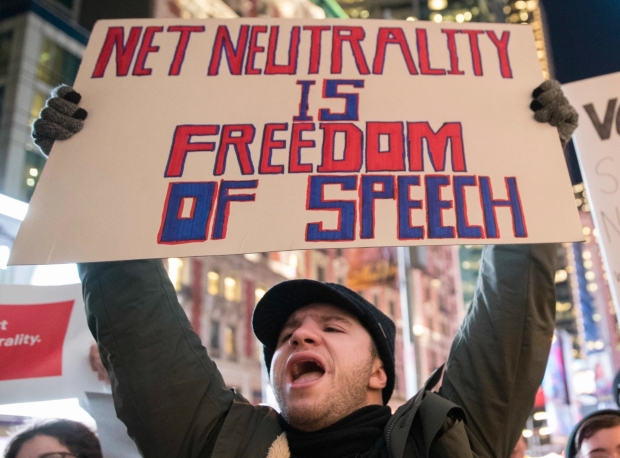 If the phone companies do not get their way

US Congressional Democrats are expected to introduce a new bill codifying net neutrality in the coming weeks.

The Net Neutrality and Broadband Justice Act -- spearheaded by longtime Senate internet advocates Ed Markey and Ron Wyden -- would reclassify broadband as a telecommunications service under Title II. This would give the Federal Communications Commission new enforcement powers over the internet, including the power to set rules against throttling, blocking, or paid prioritization.

The lawmakers could introduce the bill as early as August just in time for the US telcos to shell out millions to politicians to stall the scheme during the mid term elections. If it does go ahead the measure would restore the FCC's authority over broadband and allow the agency to investigate consumer complaints and roll out new rules to promote broadband competition and close the digital divide.

In 2017, the Trump FCC, led by former chair Ajit Pai, rolled back the net neutrality provisions put in place under the former administration.

The rules banned broadband providers from throttling and blocking certain lanes of traffic and offering paid fast lanes for specific services. Since the Trump reversal, congressional Democrats have vowed to codify net neutrality permanently. Without an FCC Democratic majority, Markey's net neutrality bill may be the Biden administration's only means of reinstating the open internet regulations.

Last modified on 19 July 2022
Rate this item
(2 votes)
Tagged under
More in this category: « Denmark bans Chromebooks from schools FinalWire releases AIDA64 v6.75 »
back to top