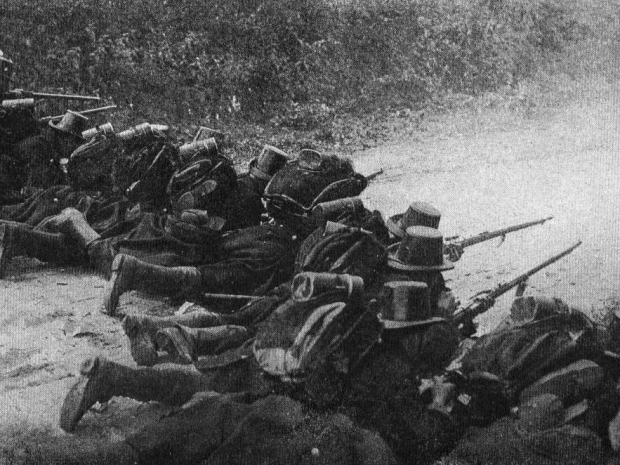 Picked the right day to start it

On August 5, the anniversary of the German assaultt of Liege which kicked off WW1, AMD looks set to unveil its next-generation Ryzen 7000 processors.

AMD has chosen 5 August to provide an "Exclusive Look at Partner Products: A Showcase of The New AM5 Motherboards” event which will focus on the “launch of AMD Ryzen 7000 Series processors, the new AMD AM5 chipset offers high power performance across gaming, creating, and intensive computing tasks.”

The event will also look into upcoming motherboards from the likes of ASRock, Gigabyte, MSI, and Biostar. These will come with the new AM5 socket, which is able to make the most of the new Ryzen 7000 chips, alongside DDR5 and PCIe 5.0 support.

Intel still rules the CPU market, but it has seen better days. AMD’s latest chips have been taking market with its recent Ryzen processors so the arrival of the 7000 series processors is important.

Chipzilla is planning a counterattack with its Raptor Lake range of processors around the same time and reviewers expect that these will be significant enough to rival AMDs offer.

All this is good for those who want to upgrade their PC and to see some competition in the PC industry. Although for what it was worth, the 5 August Siege of Liege was a disaster for both sides.  Belguim was always going to lose and although the Germans eventually won, enabling them to press on with invading France, the fighting caused enough of a delay for the French to prepare and force a stalemate.

Last modified on 28 July 2022
Rate this item
(1 Vote)
Tagged under
More in this category: « OneWeb and Eutelsat merge to take on Musk Google delays plans to kill off third party cookies »
back to top