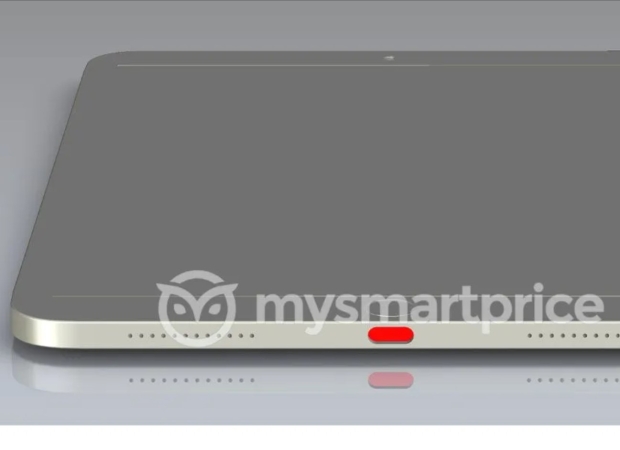 Apple's upcoming entry-level iPad is rumored to cut the 3.5mm headphone jack which while being incredibly useful had been purged from Jobs' Mob's line up ages ago.

CAD renders for what will be the 10th-generation iPad are a substantial redesign from the classic iPad design that has been left largely untouched for years.

Apple increased the display size slightly in 2017 and has made other internal hardware upgrades but no it looks like Apple will get its new iPad to conform to the same flat-sides aesthetic as iPhones, iPads, the 14-inch / 16-inch MacBook Pro, and 2022 MacBook Air.

The renders have been leaked so it might not happen, but when you are looking at an iPad which has not seen a sniff of a redesign for so long you think, yeah they must be doing something new.  This will be closely followed by the throught does anyone really care?

The render shows that the home button remains present, which means so do the sizable bezels above and below the display. The screen will be larger than the current 10.2-inch model, and there's a redesigned camera on the iPad's back reminiscent of the module from the iPhone X.

The revamped iPad has a USB-C port, which would complete the transition for Apple's tablet line. These renders also include quad speakers, and that's where I get somewhat doubtful of what we're seeing: only the iPad Pro is currently outfitted with four speakers, so if this pans out, the base-level iPad would be leapfrogging both the iPad Air and Mini in the audio department.

The loss of the headphone jack is going to be a pain for Apple's sales teams trying to peddle the product into the education market. That means kids are doing to have to buy(and lose) expensive earbuds.  Wired headphones work better in a schools market, but this flies in the face off the all present Apple marketing team which wants wired tech out of the building.

That strikes me as unlikely, but it could also serve as Apple's justification for nixing the headphone jack from a product used in many classrooms and other scenarios where support for affordable wired headphones has been meaningful.

Last modified on 05 August 2022
Rate this item
(2 votes)
Tagged under
More in this category: « Javascript needs to be retired Top boffin apologises for spicy sausage gag »
back to top