Remote control cockroaches save the day 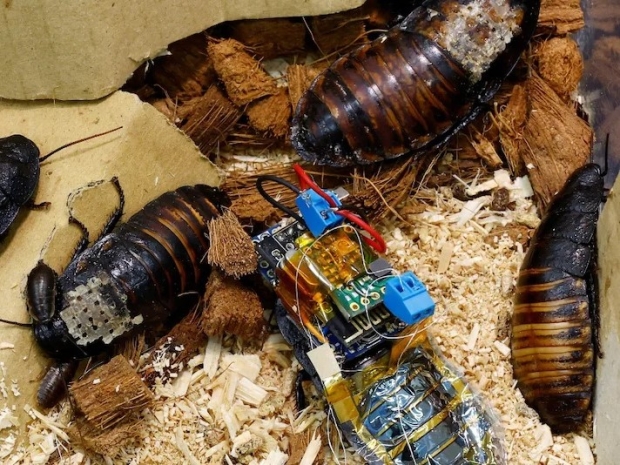 While many people are working out how to genocide the cockroach population, a team of Japanese boffins are turning them into robot heros.

Japanese researchers have discovered a way to mount solar electronic 'backpacks' on the bugs and direct their movements by remote control.

Kenjiro Fukuda, Senior research scientist, Riken's Thin-Film Device Laboratory said: ""The main purpose we think this could be used for is searching for survivors in places where disasters have occurred. In particular, where there's an earthquake and people are buried in the rubble of collapsed buildings. Our research is pursuing the application of things that could enter into small crevices in that kind of environment.”

Fukuda said: "The batteries inside small robots run out quickly, so the time for exploration becomes shorter. A key benefit of a cyborg insect is that when it comes to an insect's movements, the insect is causing itself to move, so the electricity required is nowhere near as much."

Yep, who would have thought you would feel sorry for a cockroach?