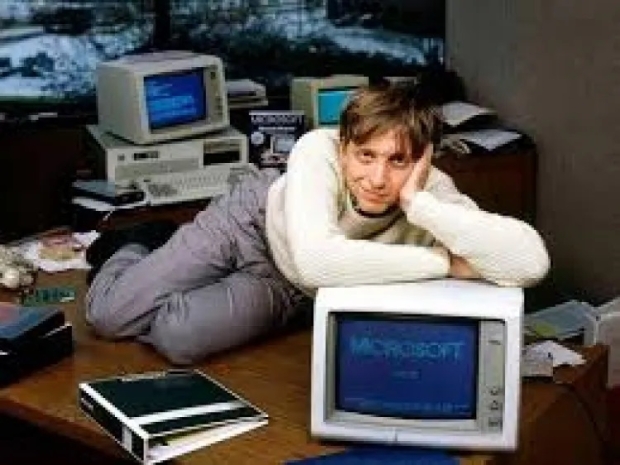 Too much hardware not enough software

Microsoft has announced that it is shaking up its sexual harassment policies after a report from law firm  ArentFox Schiff. The law firm produced a 50 page report containing recommendations requiring Vole needed to pull its socks up.

Microsoft said it will implement by 30 June 2023, with some coming into force earlier.

In a post on the Microsoft blog, the company’s response commits to publishing an annual report on the company’s sexual harassment and gender discrimination policies, which will include the number of reported incidents and the actions taken. It also aims to revise its anti-harassment and discrimination policy and revamp the way it conducts investigations.

One of the things mentioned in the report was former CEO Bill Gates’ affair with a female employee. Gates left the company board in 2020, with a report from The Wall Street Journal indicating that board members encouraged him to step down before the investigation into the incident concluded. The report says Gates claimed the affair was “consensual” but doesn’t offer any additional details about Microsoft’s response.

Another section addresses the allegations that the company let “golden boy” executives get away with inappropriate behaviour. This apparently included HoloLens co-creator Alex Kipman and cloud executive Tom Keane, who resigned over the summer. ArentFox Schiff’s report suggests there was “a degree of evidence that they were engaging in inappropriate conduct toward female employees” and that the issue “could have been addressed earlier than it was.”

Microsoft CEO Satya Nadella said in a statement: “Cultivating a culture where everyone is empowered to do meaningful work and can thrive is our greatest responsibility at Microsoft. The Board of Directors has taken this investigation seriously, and the resulting comprehensive report outlines important areas where we can continue to improve, as well as the progress we’ve made.”

Last modified on 16 November 2022
Rate this item
(0 votes)
Tagged under
More in this category: « Russians pretended to be Americans to get US army work Bezo's plans to give all his cash away »
back to top