Daily Mail can't work out who to blame for chair sales 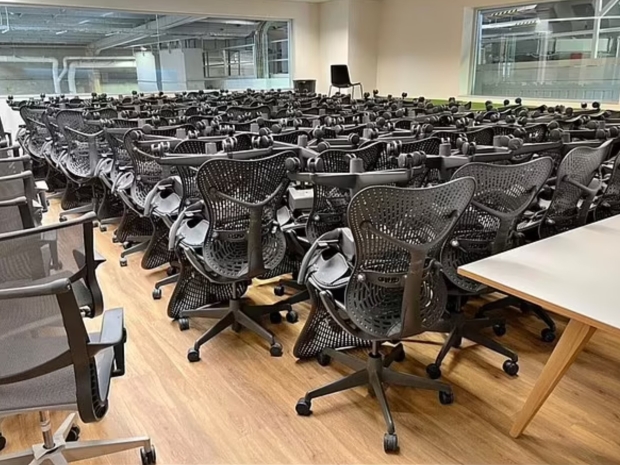 Is it a "tech meltdown" "invasion of immigrants" or "woke culture" ?

UK's Daily Mail newspaper was a little confused when a picture of chairs for sale which were waiting to be sold appeared on the worldwide wibble and seemed to think it was due to the collapse of the tech industry.

Tech entrepreneur Evan Clark, a telecommunications engineer and the founder of education company ClickView, sparked debate when he shared a screenshot from an online sales platform this week.  The picture showed hundreds of Herman Miller officer chairs on Facebook Marketplace.

He claimed that it as all due to the "tech meltdown" after mass redundancies at global tech giants in their Australian offices.  Clark offered no proof that the chairs were from the sale of a tech company.

The right-wing newspaper, which famously supported Hitler, usually blames everything on immigrants and Europe could not make up its mind. Even the insane commenters on the story from the Daily Mail doubted that it had anything to do with any tech meltdown.

"Toryboy" pointed out: " Thats a stretch to say its a tech meltdown; we've been trying to hire for over a year, can hardly get people to interview never mind join."

Other commenters felt safer with their usual union bashing and blaming immigrants for the collapse of the tech industry. Others thought it was the alarming new woke trend of having people work from home. Daily Wail readers don't like the idea of working from home because they think it means not doing any work at all or, even worse, doing "women's work" like looking after children.

Last modified on 23 November 2022
Rate this item
(0 votes)
Tagged under
More in this category: « Time Lords order an end to leap seconds UK watchdog investigate claims that Apple and Google rule the mobile world »
back to top